Home » Hip Hop News » Tonight, the Toronto Raptors firmly established themselves as the worst number one seed of all-time, as the Cavs advance to the Eastern Conference Finals… again #CavsRaptors #CLEvsTOR 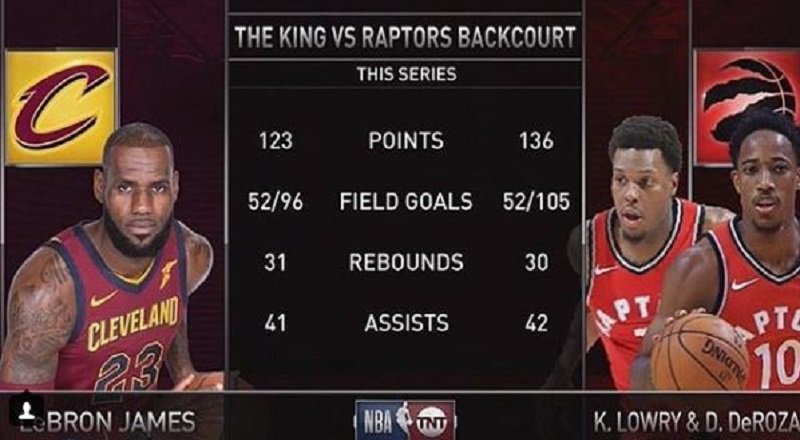 By the way, none of this is anything personal, because it’s just like what the homie, Draymond Green, said, it’s just a game. But, when it comes to actually competing, the Toronto Raptors SUCK. They had this whole season, all of these wins, just to lose the same way they did last year.

For real, the Raptors could have just not made any changes and finished like this. This year, the world needed DeMar DeRozan to step up, like MFN boss and handle his business. He has the size to really give it to LeBron James, but he decided not to.

The Toronto Raptors’ choke job started, when they had that TNT game against Cleveland, where they scored 79 first half points. That game should have been a Toronto win. When it wasn’t, it showed what was coming next, and then they let Boston beat up on them, causing another loss.

Back in 2015, so much was said about the Atlanta Hawks, and how bad they were, but this year’s Raptors team couldn’t even get 60 wins, another sign that they would blow it. Then, in the playoffs, they let the Wizards take them to six games. It wasn’t like the Cavs’ series, against the Pacers, where Cleveland built momentum in each game, it was obvious Toronto was just surviving.

Home court advantage is what the Raptors wanted, specifically, so they could beat Cleveland. When it was all said and done, they lost to Cleveland, AGAIN, in a sweep. Now, the series everybody predicted, but didn’t want to happen, just because of how predictable it was, is going to happen, Cleveland vs. Boston, AGAIN, unless Embiid and Ben Simmons want to make history, and provide entertainment, which they don’t.

But, back on topic, the Toronto Raptors suck, bro.