Home » Hip Hop News » Tony Junior shares Facebook video of Erin (AKA Karen) getting upset with a black woman, for saying “black girl magic,” at The Barrel Club, in Oak Lawn, IL, taking her drinks back, and refusing to serve her, accusing the ladies of “being racial in her facility” [VIDEO] 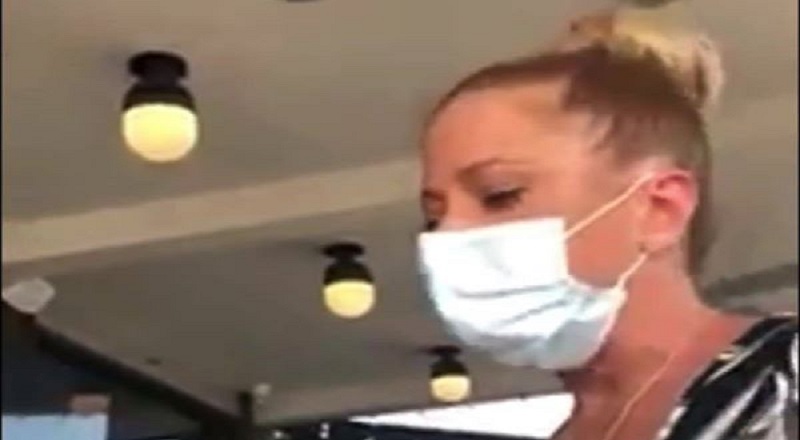 What is going on in the world is sad and it’s particularly sad how most of this is playing out on Facebook. Many people are openly leaving racist remarks, on Facebook. Much uproar ensues, but people continue to say cruel and hurtful things.

Furthermore, they take the slang used by black people, and try to make it sound racist. One person tried to make the phrase, “Karen,” akin to the “n-word.” Now, the “Black Girl Magic” phrase is enough to warrant two women of color to not be served at a restaurant.

Tony Junior shared a video of two black women attempting to have a meal, at The Barrel Club. The ladies were served their drinks, by a waitress named Erin. But, when one of the women said “black girl magic,” the waitress grew upset, took the drinks back, and refused to serve the women.

Continue Reading
You may also like...
Related Topics:facebook, tony junior

More in Hip Hop News
Adele Has Social Media on Fire After She is Seen With Bantu Knots and Jamaican Flag Top To Celebrate What Would Have Been Notting Hill Carnival in London
H.E.R. Wins “Video For Good” Award at #VMAs For “I Can’t Breathe”