Home » Hip Hop News » Toosii and YK Osiris got pepper sprayed by the police, in Jacksonville, Florida, after their concert was shut down, leaving fans running for the exits [VIDEO] 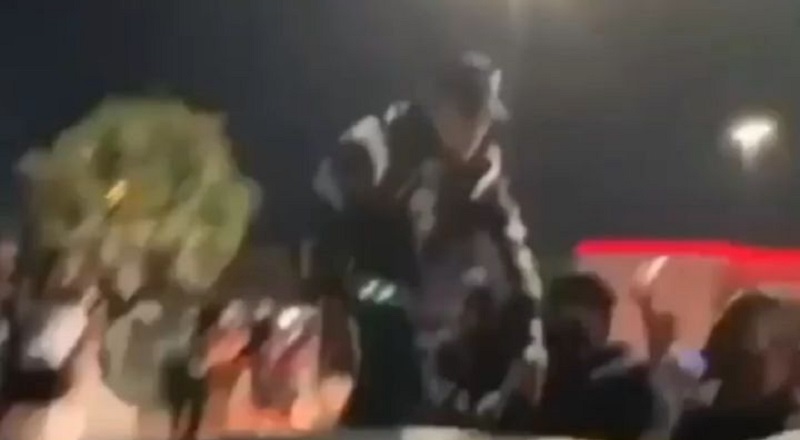 The past few years have seen tons of new talent come into the game, to much fanfare. This past year has seen Toosii, a native of Raleigh, become a huge deal. His momentum carried over, leading to him signing with South Coast Music Group.

Toosii released his Platinum Heart album to much fanfare and Drake even named a song after him. Meanwhile, YK Osiris made his move, signing with Def Jam, and then having success, with “Worth It” blowing up. The two performed, over the weekend, in Jacksonville, Florida.

While Toosii and YK Osiris were performing, the police shut their performance down. Not only that, law enforcement came in and pepper sprayed the two rap stars. The situation was so bad that it left the fans running for cover.