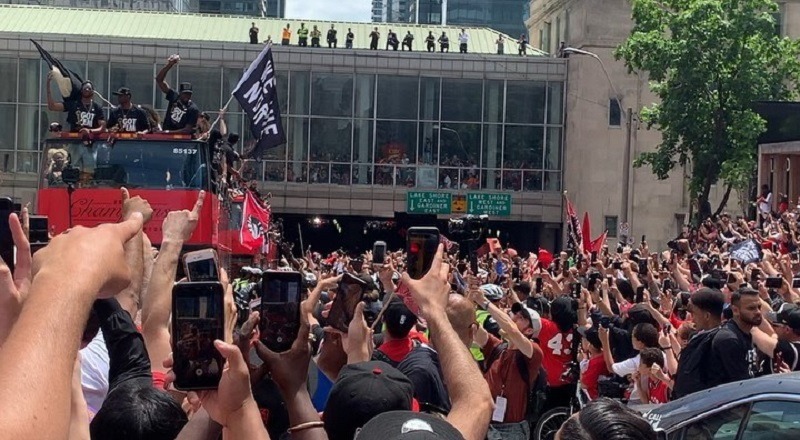 A year ago, the Toronto Raptors made a bold move that changed the landscape of their franchise. The Raptors have long been a good team, just one that couldn’t win in the playoffs. Much of this was due to the efforts of LeBron James and his Cleveland Cavaliers.

The Raptors were led by DeMar DeRozan, who with Kyle Lowry, made the franchise relevant. But, after a second straight sweep at the hands of Cleveland, the Raptors traded him. Kawhi Leonard was the replacement and he led the Raptors to a title in one year.

In the playoffs, the Toronto Raptors did away with the Orlando Magic in five games, the Philadelphia 76ers in seven games, where Kawhi made an iconic Game 7 game-winner, and overcame an 0-2 deficit against the Milwaukee Bucks. Waiting on them was the Golden State Warriors, who were expected to cake walk to their third straight title, but they managed to win in six. During the celebration, the Raptors’ fans were frightened due to gun shots.

The people suspected of shooting are now in police custody.

More in Hip Hop News
C Glizzy, promising Florida rapper who was shot in the head, is awake and his friend said he asked the doctor if he could leave the hospital [PHOTO]
N-word is trending on Twitter, after Harvard rescinds admission to Kyle Kashuv, Parkland survivor, for his past racial slurs, and this news turns into non-black people being mad at black people for using N-word