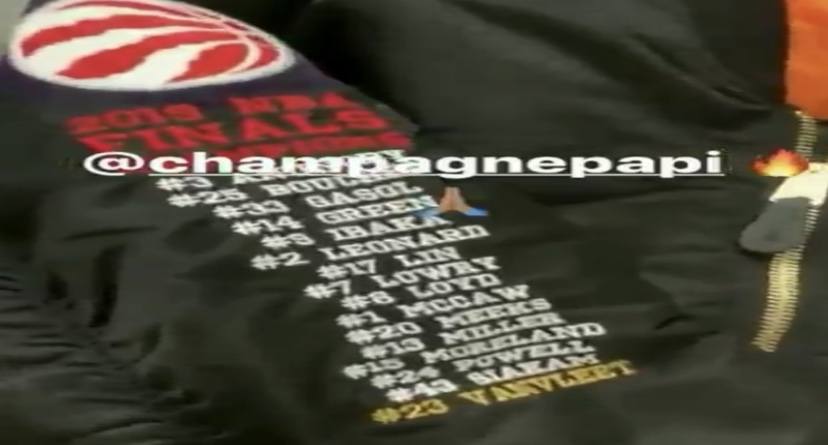 The Toronto Raptors’ run in the 2018-19 was one for the ages. They traded for Kawhi Leonard before the season started and he made a hall of an impact. He helped take the team to the NBA Finals as they defeated the dominant Golden State Warriors.

Another key contributor for Toronto was Fred VanVleet, who was such a clutch shooter. Tonight, he took to social media to show a customized 2019 NBA Champions jacket he and his teammates also received from Drake. As many know, Drake is from Toronto and is an ambassador for the Raptors.

The jackets display the names of each player on that championship roster with the owner of the jacket having their name highlighted in gold. They’re all in red and black as the front shows the OVO logo.

.@Drake hooked the Raps up with custom championship jackets. 🔥 🦉 🦖

More in Hip Hop News
Megan Thee Stallion said “sorry to my future boo” in new NPR “Tiny Desk Concert” and Twitter thinks (wishfully) that she broke up with Moneybagg Yo
Domo Wilson holds nothing back, openly shooting her shot at Doja Cat, telling her she just wants to be friends if she doesn’t want anything else [VIDEO]