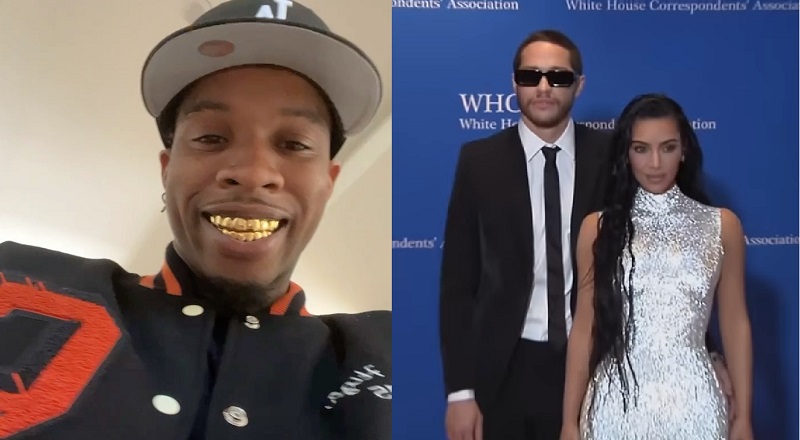 Tory Lanez is no stranger to controversy, himself. Actually, Tory Lanez is 2022’s other major news story. But Tory Lanez was paying attention to Pete Davidson. Over this weekend, Pete Davidson was rumored to have tattooed Kim and Kanye’s kids’ initials on his neck.

More in Hip Hop News
Kardashians win defamation case that Blac Chyna filed against them, after Chyna claimed that they defamed her, and tried to shut down her reality TV show
Khloe Kardashian and Kylie Jenner appear at Met Gala after winning Blac Chyna lawsuit