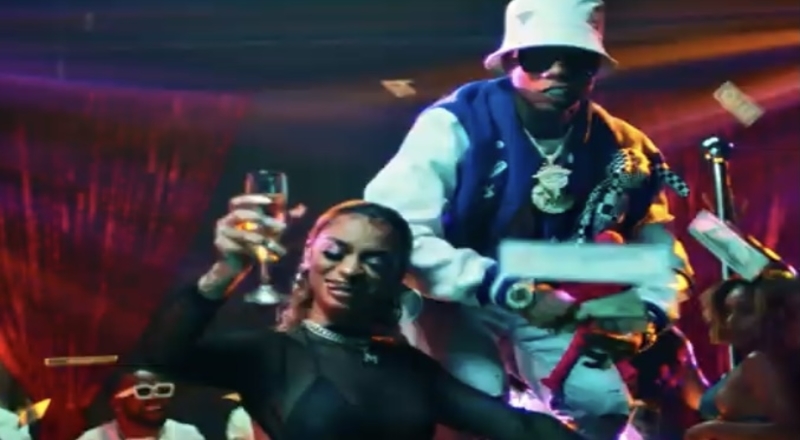 In November, Tory Lanez released his rap capsule, the “Loner” album. This project contained 10 tracks with appearances by Lil Wayne, Melii Swae Lee, 42 Dugg, and more. One of the singles from Loner that the Toronto rapper has been pushing lately from this album is “Big Tipper,” featuring Melii and Lil Wayne. This has been regarded as arguably the biggest hit from this project and now, the visuals for it are here.

Here, Lanez, Melii and Wayne hit the strip club, Lanez gets excited in the bedroom, and even a cameo appearance by YouTube star and boxer, Jake Paul. Melli is also seen bringing some action when it comes to her acting as she briefly has guns drawn in a standoff with someone who’s holding a woman hostage.

The Big Tipper music video has already amassed over 217,000 views as it continues to be a fan-favorite. Melli recently commented on the opportunity to also work with Wayne and Lanez on this record as she praised their lyricism. Fans praised her efforts on this record as well as her comments section of her social media feeds were filled with applause.

“It’s surreal to be on a song with Lil Wayne. I went hard on my verse because I had two incredible lyricists on a track I needed to match.”

Currently, Lanez is planning the release of his R&B capsule album which at this point, appears to still be titled “Playboy.” He’s aiming for a release sometime this month.