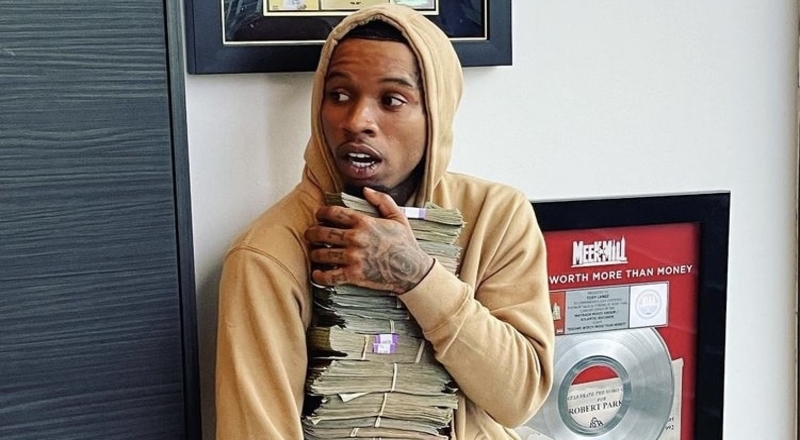 The Tory Lanez and Megan Thee Stallion shooting case is still ongoing, as a preliminary hearing took place in Los Angeles, on Tuesday. According to TMZ, LAPD Det. Ryan Stogner spoke out, regarding information he’s received about the July 2020 incident. Tory was also present at this hearing.

Tory is accused of shooting Megan in the feet, and allegedly told her “Dance b*tch, dance,” when he fired the shots. Megan is also said to gave told Stogner that Tory was intoxicated that night, as the shooting occurred at 4:30am, in Hollywood Hills.

Tory is said to have stood on the stepboard of the vehicle that he and Megan were initially in. When Megan was shot, she “immediately felt pain to her feet, observed blood, fell to the ground, and then crawled to an adjacent driveway of a residence.” At the time of the alleged shooting, Megan also originally claimed that she stepped on glass. Megan supposedly made the glass claim, due to concern of police shooting Tory if she told them that he shot her.

At this point, a trial will happen. A date has been set for January 14. Charges on the table for Tory, include one count of assault with a semiautomatic firearm in a manner that caused great bodily injury, and one count of carrying a concealed, unregistered weapon. Tory faces 22 years and eight months in prison, if convicted.

Megan initially took to Instagram Live, in August 2020, to make her claim that Tory shot her. She made this move after accusing Tory’s PR time of lying on her name, for the past month.

Last week, Tory also released his new “Alone At Prom” album. This is an 80s-style project, as the Toronto rapper was promoting this for several months. Over the past year, Tory’s also been releasing albums of various genres, such as hip-hop, R&B, and now the 80s.