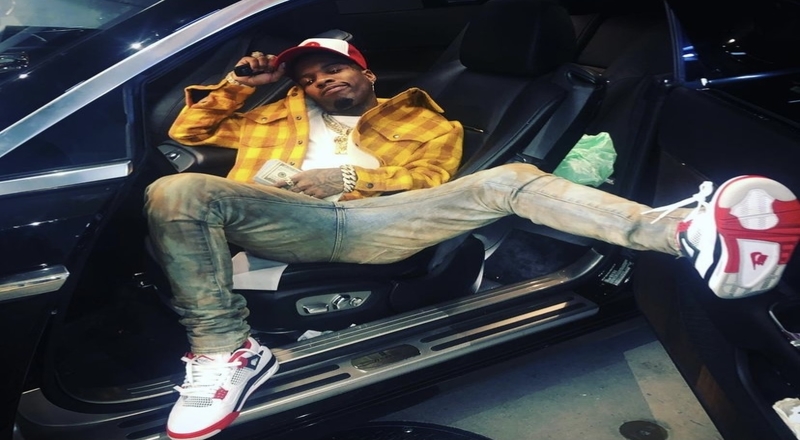 Tory Lanez has been very consistent with his music releases even in the midst of the Megan Thee Stallion shooting case. He released his “Daystar” album in September as he denied any involvement in shooting Megan last summer. It went on to debut at No. 10 on the Billboard 200 chart to become his sixth consecutive top 10 project.

Tory went on to reveal that he would be releasing “capsule” albums of different genres. In late November, the first one was released which was the rap capsule. That was titled “Loner” and contained big records in “Boink Boink” featuring Rich The Kid ad VV$ Ken and “Big Tipper” feat. Lil Wayne and Melii.

Now, the Toronto native is focused on the R&B capsule dropping next. Last night, Tory revealed that the R&B capsule will be titled “Playboy.” He contemplated on a Valentine’s Day release but decided that that day isn’t for the broken hearted.

“I’m calling the R&B Capsule “PLAYBOY.” “I would be disrespecting the #PlayboyCapsule if I dropped it on VALENTINES DAY …. It’s really for the heart broken and open . not the infatuated and exaggerated.”

Loner was met with very positive reactions from fans and Playboy may very well as well. R&B Tory is a heavy fan-favorite.

More in Album Preview
Lauren London is pregnant? Twitter reacts in shock and horror, after hearing rumors of Lauren London being pregnant, predicting a bloodbath, on social media, if the rumors are true, while others say she was bound to move on
Tory Lanez Pays Off Rent For The Rest of The Year For Woman in Atlanta, Shayy Dee, Who Suffers From Muscular Dystrophy; Also Encouraged Her To Keep Grinding With Her Music [VIDEO]