Home » Hip Hop News » Tory Lanez says people got mad at him for the way he sampled R&B songs on his “Chixtape” mixtapes, but other rappers are doing it now 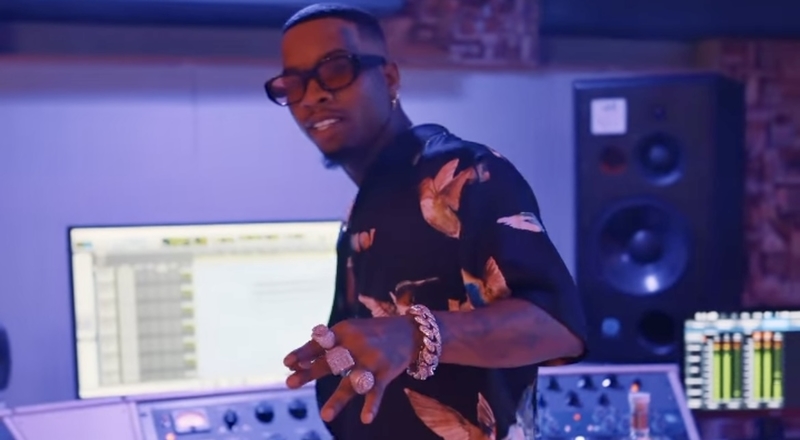 Tory Lanez has definitely been very consistent, over the past two months. He’s put out singles such as “It Doesn’t Matter,” “Shot Clock Violations,” and “I Like.” At the end of 2021, he also released another different album genre, as it was the 80s-style “Alone At Prom.”

Also, one of Tory’s most popular projects, are his “Chixtape” mixtape series. Here, Tory samples many classic R&B records, as evident again, in “Chixtape 5,” back in November 2019. The first Chixtape project was released back in 2011.

However, on Tuesday, Tory also vented on Twitter about how he was criticized for sampling these songs six years ago, but how other artists are doing the same sampling today.

“It’s crazy … 6 years ago n*ggas got mad at me cuz I would SAMPLE all the records that it Was NOT OKAY TO SAMPLE on the CHIXTAPES ! …… now I look up to a whole Generation of artist doing EXACTLY what I was doin .. chopping old Rnb/Pop samples and updating it to NOW sound.”

But, Tory didn’t mention which artists are doing these samples now, but he definitely believes that they started these samples, after him. It will definitely be interesting to see if a sixth installment of the Chixtape series will come soon.

Continue Reading
You may also like...
Related Topics:featured, tory lanez

More in Hip Hop News
Saucy Santana teases upcoming “Booty” single, which has sample of Beyoncé’s “Crazy In Love;” Lets fans guess the featured artist [VIDEO]
Omari Hardwick said he only made $150,000 an episode from “Power” and had to borrow money from 50 Cent [VIDEO]