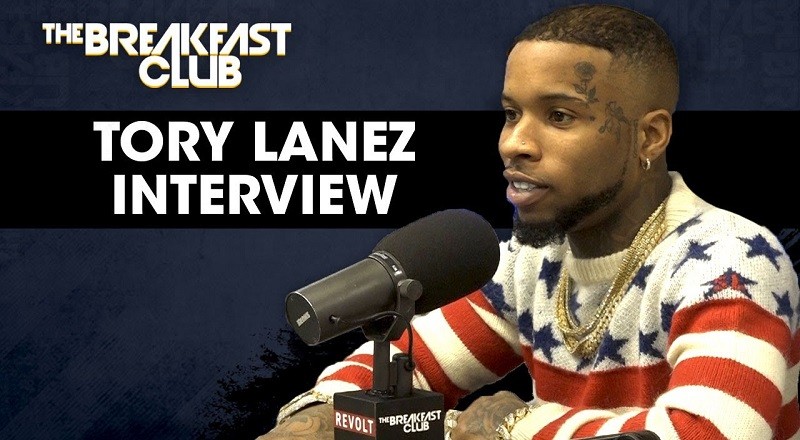 It was Drake who put Toronto on the map, but he wasn’t the first rapper from the city to emerge. However, after his success, the doors opened for the six. Several other rappers emerged to moderate successes, but it was Tory Lanez who proved he had the ability to make hits.

Tory Lanez began truly making noise, in 2012, but broke through during the fall of 2015. Since then, Tory Lanez has had a hit single almost every year. During his rise, Tory Lanez briefly had beef with Drake, but the two found a way through it.

Recently, Tory Lanez stopped by “The Breakfast Club,” where he sat down with DJ Envy, Angela Yee, and Charlamagne Tha God. The conversation was about his Chixtape 5 album, but with Charlamagne there, his hairline was also a topic. Dealing with past beef, Drake was also a discussion.

More in Hip Hop News
Supa Cent and Lou are back together, with Lou posting photo of them together, saying it was their first date since the split, and he calls Supa his world [PHOTO]
Joycelyn Savage says she has something to reveal that she should have, a long time ago, apologizing; Could this have anything to do with R. Kelly? [PHOTO]