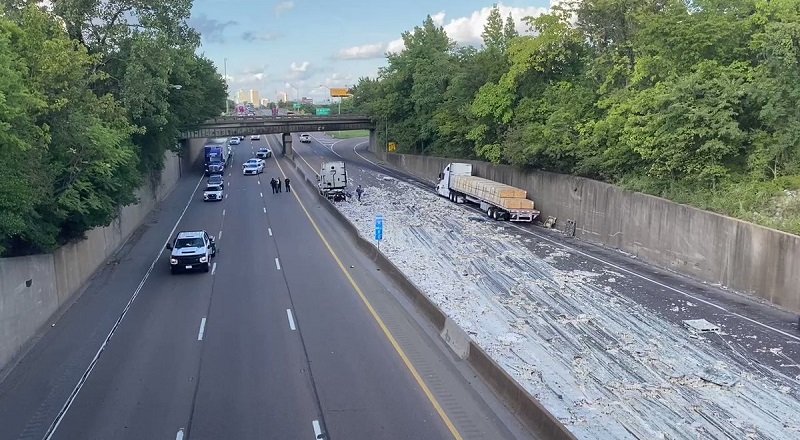 Tractor trailer carrying alfredo sauce spills on I-55 in Memphis

Memphis is one of the most unique cities in America. Much of the Civil Rights movement took place throughout the South. Of course, Memphis is where Dr. Martin Luther King, Jr. lived out the last hours of his life. The Lorraine Motel, where King spent his final night, has been turned into a Civil Rights museum.

Memphis is also a city that helped lay the groundwork for hip hop music. The city is the birthplace of Stax Records, the soul record label that put out Isaac Hayes, among other legends. Many of music’s most iconic names spent a significant amount of time in Memphis. As a result, Memphis has many historic ties to the industry.

Memphis has a lot of interesting facts that make up the city’s history. Tonight, alfredo sauce can be added to the list of facts that make for good conversation. An eighteen wheeler truck was driving down Interstate 55, in Memphis. I-55 is one of the main highways in the city of Memphis. Earlier today, Interstate 55 was shut down, as a result of a truck pulling alfredo sauce spilling onto the highway. In light of this, the road was closed for cleanup. After that, the story went viral.

Tractor trailer carrying alfredo sauce spills on I-55 in Memphis

You can smell it! Memphis police confirm a tractor-trailer carrying Alfredo sauce spilled on I-55 near Riverside Boulevard. @FOX13Memphis pic.twitter.com/VTPVQ8YjYC