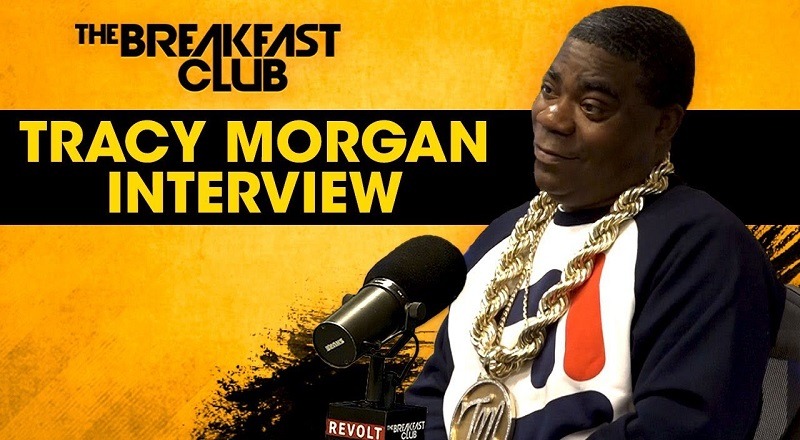 Four years ago, Tracy Morgan looked as if he was going to become the latest celebrity death. His sprinter was hit by a Walmart truck and things looked grim. Not only did Tracy Morgan survive, he won a $10 million settlement from the company.

Tracy Morgan has gone onto re-establish himself as one of the biggest names in entertainment. Going from doing several TV series to having a starring role on “The Last OG,” he is now big with a new age. There, he stars alongside Tiffany Haddish.

Recently, Tracy Morgan stopped by “The Breakfast Club,” sitting down with DJ Envy, Angela Yee, and Charlamagne Tha God. In the interview, he discussed Rob Stapleton. He also spoke on happiness, love for entertainment, and much more.