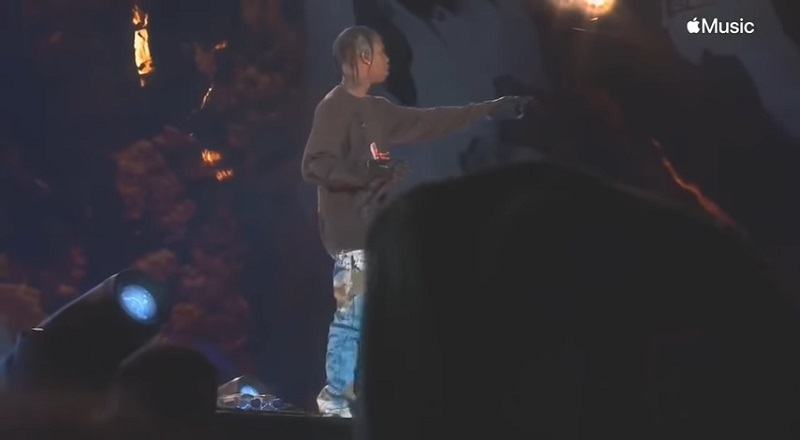 Consistently, Travis Scott has been one of the most-popular rappers in the game. After all, he was popular enough to have his own festival. This weekend, unfortunately, Travis’ festival ended with eight people dead, and hundreds more injured.

Travis Scott dropped many hits, over the course of his career. In 2018, Travis took over the game, with “Sicko Mode,” with Drake. Since then, he has continued delivering hit records, and has risen to the heights of the music industry.

Due to the Astroworld deaths, Travis Scott is facing a lawsuit. Also named is Live Nation and Drake, along with the other performers. Already, Travis has refunded all of the people who visited Astroworld, but he is now covering the funeral expenses of the eight people who died.

More in Hip Hop News
Nick Cannon denies shooting his shot at Saweetie, on his TV show, after he responded to her tweet saying she wanted some babies [VIDEO]
Halle Berry flirts with Young M.A, meeting her for the first time [VIDEO]