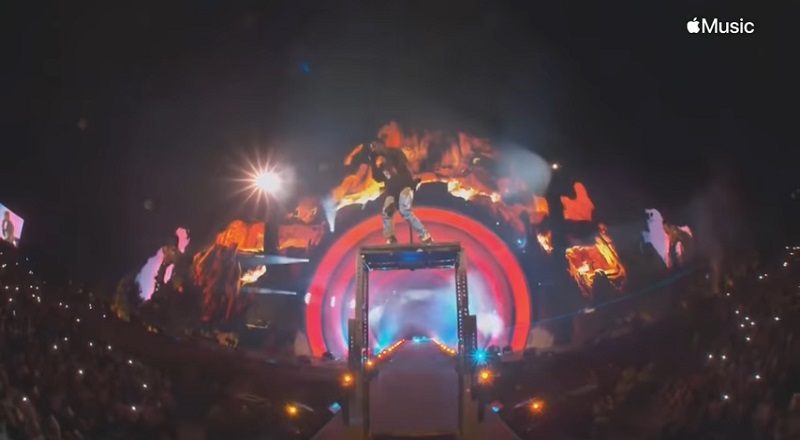 Currently, Travis Scott is in the spotlight, for all of the wrong reasons. Annually, he does his Astroworld Festival. This is a gift he gives his fans, but it went all wrong, last weekend, when a stampede left eight fans dead.

Travis Scott, and his family, have issued apologies. Lawsuits have been filed against Travis, Drake, and Live Nation, the promotions company. Meanwhile, Travis is paying the funeral expenses of all the victims.

Before the Astroworld tragedy, Travis Scott had an emote coming with Fortnite. However, due to the Astroworld stampede, his emote has been pulled. Epic Games hasn’t provided an explanation.

More in Hip Hop News
Houston Rockets Cancel “Travis Scott Night;” Will Hold Moment of Silence For Astroworld Festival Victims Instead, Before Playing Against Detroit Pistons
Porsha Williams runs away from a pig in the ocean [VIDEO]