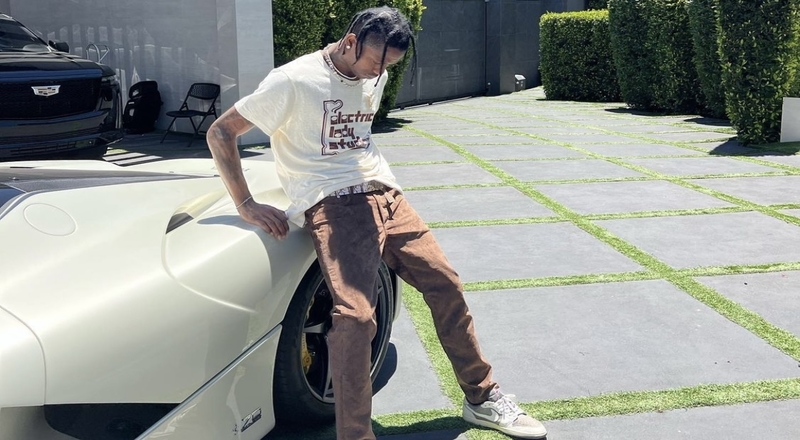 Travis Scott has been very active over the past several months, after remaining so low key, amid the Astroworld Fest tragedy. He performed at the 2022 Billboard Music Awards, and is also set to perform at Day N Vegas this fall, as fell as Primavera Sound, in South America.

However, a lot of fans still love Travis. On Thursday night, two fans were spotted waiting outside of TAO in Hollywood, waiting to try to meet him, according to TMZ. Travis was driving off, until he saw two young fans.

But, Travis ended up making these fans’ night, as he gave them the Jordan 1 low sneakers that he was wearing, at the time. The boys were all smiles after that amazing gesture, as they each received one shoe.

Travis has been getting back to his Nike/Jordan collaboration releases, as well. 1 million raffle entries were submitted in May, in efforts by fans to try to purchase Travis’ Nike Air Trainer 1 sneakers. Travis’ Jordan 1 sneakers are also still selling for huge prices, on secondary sneaker outlets, which oftentimes sell for over $1,000, on those platforms.

Check out these fans showing off the Jordan received by Travis Scott, below.

More in Hip Hop News
Amber Rose dominates Twitter, remixing Mannie Fresh’s “Get Your Roll On” with “GYHO” [VIDEO]
Ray J tried to get Princess to join him on stage and she refused #Verzuz [VIDEO]