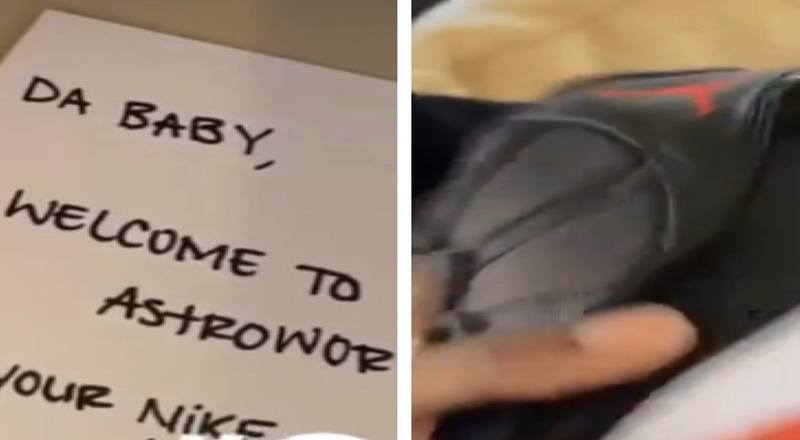 Travis Scott had his annual Astroworld Festival in his hometown of Houston this weekend and fans were treated to amazing shows. They received performances from Scott himself, Gucci Mane, DaBaby, Migos, Young Thug, Young Dolph, Marilyn Manson, more.

Scott was so grateful for every performer on the lineup that he decided to give each of them a gift. That gift is a pair of Air Jordan Retro Bred 11 sneakers. As many know, this is one of the most iconic kicks of all-time, which was created by arguably the best player in NBA history, Michael Jordan.

This is a dope move by Scott but it’s surprising that he didn’t want to give away the Cactus Jack Jordan 5s that are named after himself. Check out Scott sending out the 11s to the artists who performed at AstroFest below.

More in Articles
“The Real Housewives of Atlanta” (Season 12, Episode 3) (preview) #RHOA [VIDEO]
Noelle opens up to Cynthia about liking girls and guys, so Twitter asks if she’s gay or not, as Cynthia says she knew Noelle was fluid, but not that she was flowing, as #RHOA fans want a spin-off with these two