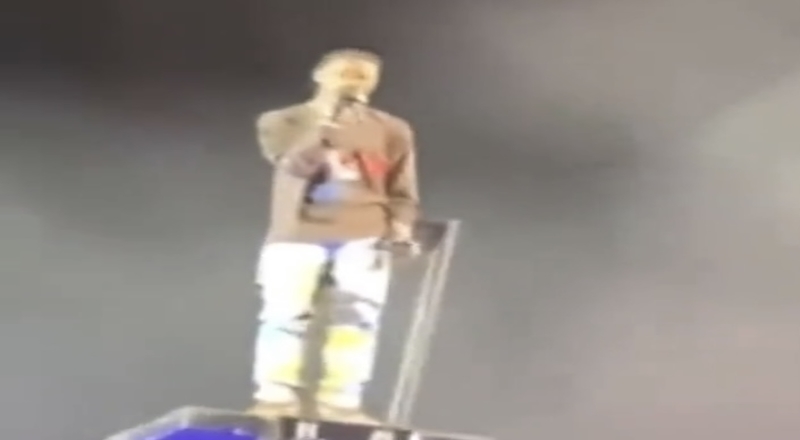 Travis Scott continues to catch heat on social media, due to eight people dying at his Astroworld Festival, over the weekend. The final day ended up being canceled, on Saturday, as lawsuits are also starting to pile up. Fans on social media have since been offering prayers and condolences, to the loved ones of the victims.

Now, the Houston rapper has officially decided to refund everyone who purchased tickets to Astroworld Festival, according to Variety. This also comes after 300 people were treated for injuries, and 11 suffered from cardiac arrest. One security guard was also injected with drugs, but ended up being treated.

In addition to the Astroworld Fest refunds, Travis also will not be performing at the upcoming Day N Vegas festival, on November 13. Travis is reportedly “too distraught to play.” Other stars at Day N Vegas who are scheduled to perform are Kendrick Lamar, SZA, Tyler, The Creator, Doja Cat, Lil Baby, and more.

Travis is expected to take some time off from other performances as well. This also comes after he released two new songs on Friday, in “Escape Plan,” and “Mafia.”

More in Hip Hop News
Fight breaks out beside Offset, at Complex Con [VIDEO]
Felony Arrest Warrants Issued, For Blueface and His Entourage, Due to Attacking Bouncer at a Club, in September; Bouncer Had Asked For IDs [VIDEO]