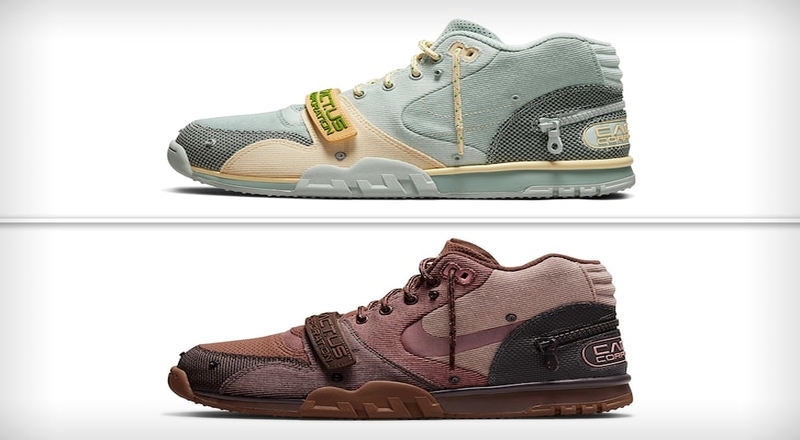 Travis Scott has been making a huge return lately, after staying low key, in the months after his Astroworld Festival. Last weekend, Travis performed at the 2022 Billboard Music Awards, where he performed “Mafia,” as well as an unreleased song.

Travis’ Nike/Jordan collaborations were on hold for a while, following the Astroworld Fest tragedies. Now, the sneaker releases are back on. According to TMZ, Travis released more merch, on Friday. These included pants, jackets, shirts and vests, and two new  Nike Air Trainer 1 sneakers.

The Air Trainer 1’s were in high demand, as a raffle was created, for fans who wanted to purchase them. A whopping 1 million people signed up for the raffle, in just 30 minutes. Travis and his team also reportedly worked on making sure that bots wouldn’t be able to make the sneaker purchases, over the real fans.

Next week, Travis is also rumored to new Nike Air Max sneakers. Travis has done extremely well with his sneaker releases, especially with his Jordan 1 collaborations. These sneakers are usually hard to obtain, whether it’s through raffles, or prices soaring on secondary resale markets.

More in Hip Hop News
Akademiks says he spoke to Offset, and doesn’t believe that a full Migos breakup will happen [VIDEO]
Jeannie Mai talks anti-Asian violence and documentary on “The View” [VIDEO]