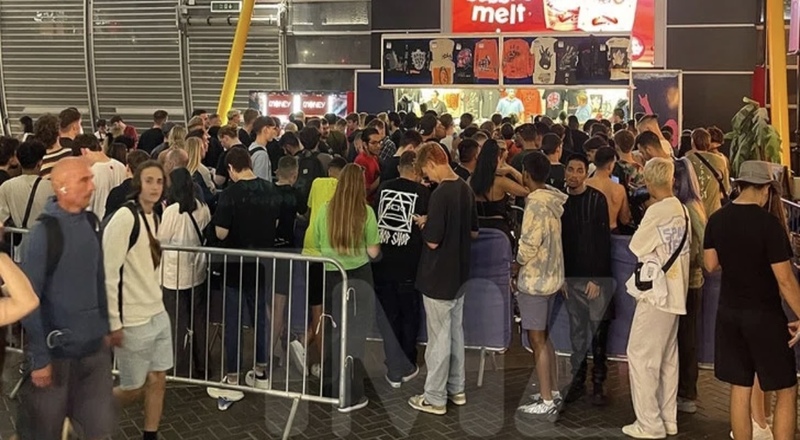 Last weekend, Travis Scott made his first solo arena performance, since his Astroworld Festival. This was at the famous O2 arena in London, as he had two straight nights of concerts.

Travis definitely had fans in attendance ecstatic about his return, as O2 was sold out, in both nights. Travis also went viral for celebrating night one backstage, with James Harden and Kevin Durant. Travis had been very close with Harden, ever since Harden played for Travis’ home team Houston Rockets.

However, Travis also made history, with the amount of merchandise sold, at these two concerts. According to TMZ, he sold over $1 million in merch. This breaks BTS’ record for most merch sold by a performer in the United Kingdom.

Fans are also said to have gotten to O2 hours early, in an attempt to get their hands on the merch. Among the items available, were hoodies retailing for $100 to $125 each shirts being sold between $45-$75, and hats for $45 each.

Check out some of the merchandise that Travis Scott sold at his two London concerts, as well as fans standing in line for them, below.