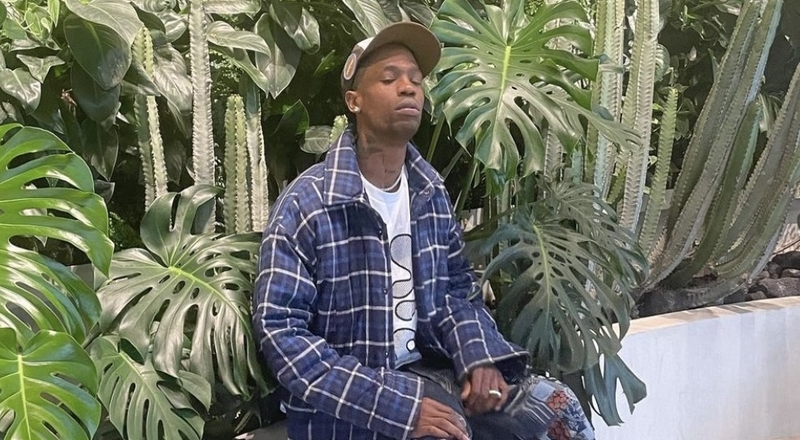 Travis Scott is slowly getting back into the concert scene, months after his Astroworld Festival incidents. At that time, his Houston-based festival saw over 300 fans get injured, and 10 die from their injuries. But, many people online have been trying to call for Travis to be removed from festival lineups, which did happen with his lineup spot at Coachella.

However, Travis is back on the scene now. He has now been booked for the Primavera Sound festival, in Brazil, Argentina, and Chile. This festival will be held from November 5-7. Among the headliners are Travis, Lorde, Arctic Monkeys, and more. Other stars include Charli XCX Phoebe Bridgers, and others.  Travis will be performing in the cities of Sao Paulo, Buenos Aires and Santiago, Chile.

Also, Travis is beginning to release more music as well, since Astroworld Fest went down. Last week he appeared on “Hold That Heat,” which was Future’s new single with Southside. Fans also hope that Travis finally releases his “Utopia” album, this year. He recently put Billboards across California, promoting the album. On the day of Astroworld Fest, Travis released the singles “Escape Plan” and “Mafia.”

More in Hip Hop News
NBA Youngboy has fans concerned, as he said he is hurting and tired
Future reveals tracklist for “I Never Liked You” album; Features include Kanye West, Drake, and more