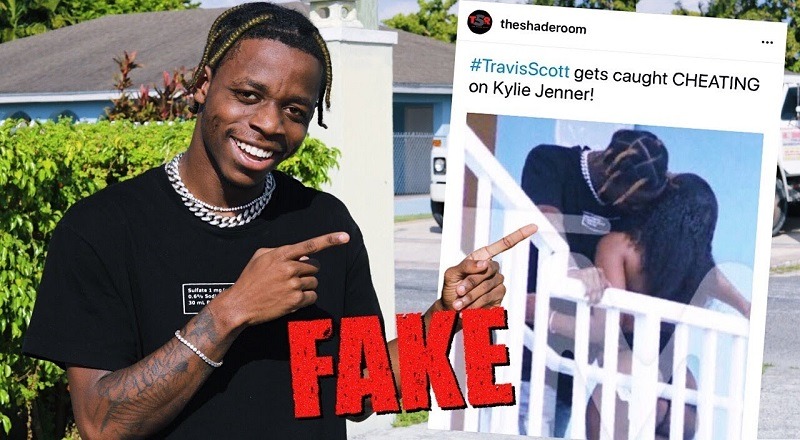 Earlier this week, Travis Scott found himself at the center of the headlines. The Houston rapper is currently in the headlines, as the emcee is being accused of cheating to get number one on Billboard. In the days before that, he had other controversy.

The above photo hit the internet, showing Travis Scott kissing on a woman who clearly wasn’t Kylie Jenner. Fans instantly believed Travis was a cheater, but his face wasn’t shown. There were some people who said it clearly wasn’t Travis, but that didn’t slow the story.

It turns out, Travis Scott wasn’t lying, and Kris Jenner was on her job, so it all worked out. Now, someone has come forward to reveal the whole thing as a joke. There was a YouTuber who put the whole thing together and he explained all the details, this afternoon.