Home » Hip Hop News » Treasure P and Moriah really tried it tonight; #LHHATL fans were NOT here for those two and their games, or Treasure’s nipples 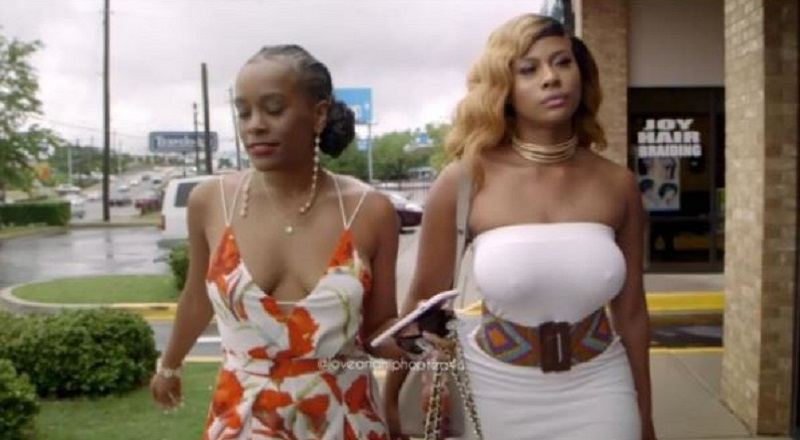 All season long, Treasure has ruffled feathers among the longtime members of “Love & Hip Hop Atlanta.” Out the gate, Treasure clashed with Tommie, as she said she used to deal with married men. In fact, both Treasure and Moriah caught flack for that.

Moriah, however, was friends with Lovely Mimi, despite her being married. Many expected Moriah to be upset with Mimi, due to her telling Sierra that she was cheating with her husband, Shooter. But, somehow the two remained friends.

After tonight’s episode, safe to say Moriah and Lovely Mimi are indeed no longer friends. Then, on top of all that, Treasure was there, instigating the fight with Mimi, discussing her trysts with married men, playing the victim. Fans were having that from Treasure or Moriah, and they even had time for Treasure’s nipples.

Read the tweets about Treasure P and Moriah below:

More in Hip Hop News
Kirk Frost is allegedly confirmed to be the father of Jasmine Washington’s son, Kannon #LHHATL
Stevie J is called out Instagram by woman who attacked him, @SincerelyMirah, who claims she paid to get Stevie’s car fixed [PHOTO]