Home » Hip Hop News » Trey Brock, of Trey Brock Farrier Service, in Huntsville, Texas makes fun of a black teacher who said “pray for special needs students,” saying she needs to pray for her hairstylist, and called her a “gorilla,” after she called out Gov. Greg Abbot for reopening schools, after she was placed in 14-day quarantine [PHOTOS] 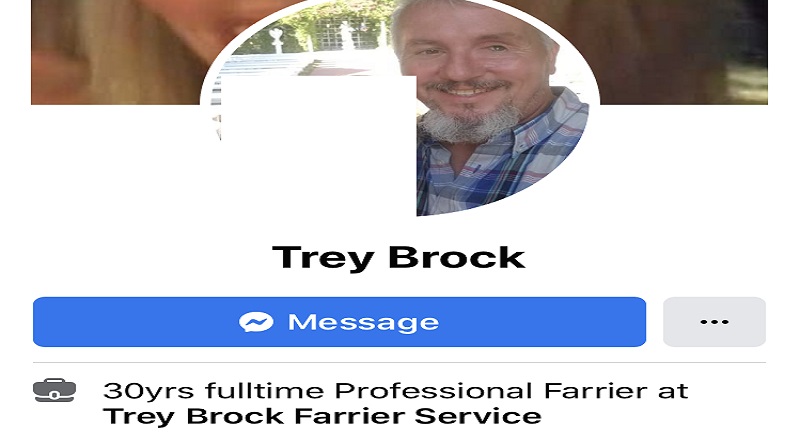 In the political world, the state of Texas is often discussed. For the first time in nearly fifty years, Texas is a legitimate swing state, with polls showing an almost tie between Joe Biden and Donald Trump. Though the state is changing, there is still Republican control.

During this Coronavirus pandemic, Republicans have taken a different approach to the virus, than the Democrats. GOP-controlled states opened almost immediately, despite warnings not to. In Texas, the governor opened schools up, and a teacher had to quarantine.

Trey Brock, of Trey Brock Farrier Service, in Huntsville, Texas, was making fun of a black teacher, who called Greg Abbott, Texas’ governor, out. He opened schools up and she had to quarantine, after the first day of school, also adding “pray for the special needs” children, in her post. In the news report’s comments, Trey Brock said “somebody should pray for her hairstylist,” and later calling her a “gorilla.”

See the news report and read the Facebook comments below:

More in Hip Hop News
Benzino Says He’ll Tell His Side of The Story After He Just Got Released From Jail After Allegedly Damaging Car of Man His Baby Mama, Althea Heart, Was Seeing
Chelsie Grayhawk shares to Facebook that her daughter, Elizabeth Grayhawk, is missing, last seen with a man named “Zeke” or “Colten Reilly,” in Duluth, Minnesota, on July 25, 2020 [PHOTO]