Home » Hip Hop News » Trey is NOT her man! Megan Thee Stallion accuses fans on Twitter of trying to make her a hoe, denying being with Trey, saying she’s only dated one person that people know about, and tells a fan she didn’t hit 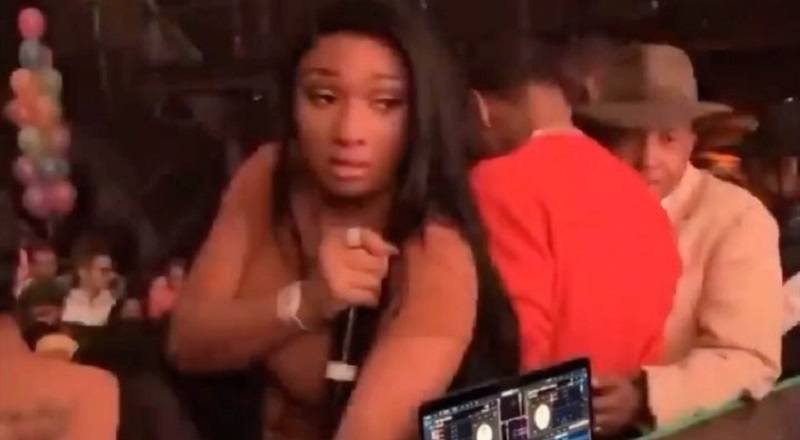 Last night, Megan Thee Stallion partied with Trey Songz, who has been shooting his shot with her, for over a year. However, at the time, there were rumors of her and Moneybagg Yo dating. These rumors would prove to be true, during the summer of 2019.

However, Moneybagg Yo would come out, a few days ago, and claim he and Megan were never dating. Claiming he’s been with the same girl for ten years, Moneybagg said Megan was just a publicity stunt. The bottom line is that Moneybagg is not Megan’s man.

Megan Thee Stallion found herself tied to Tristan Thompson, just yesterday, and she shut those rumors down. Telling people to stop making up rumors about her, Megan partied with Trey Songz, last night, and fans said they were dating. Now, Megan Thee Stallion is speaking out, accusing Twitter of wanting her to be a h*e, and that Trey is not her man, she never hit it.

More in Hip Hop News
Lori Harvey was front and center at Future’s 36th birthday party, while Trey Songz and Megan Thee Stallion continue to own Twitter [VIDEO]
Tinashe scores her first iTunes number one album, with “Songs For You,” which hit the top spot, this morning [PHOTO]