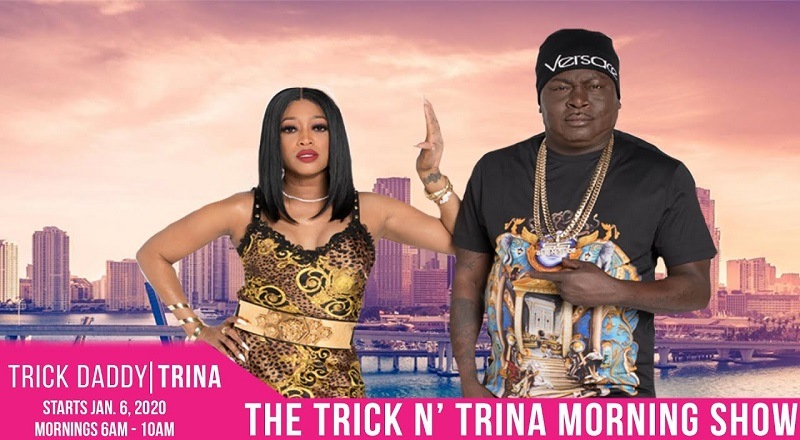 Twenty four years ago (!), Trick Daddy and Trina united for their classic single, “Nann,” their first major collaboration. The two, however, are best-known for “Take It to the House,” their 1998 hit single. These two make classics.

In 2018, Trick Daddy and Trina joined the “Love & Hip Hop Miami” original cast. Following the success of Fat Joe and Remy Ma, the two were working on a joint album. The season was supposed to show them working on that album, but tension stopped that from happening.

Still, Trick Daddy and Trina are forever family, returning for season three of “Love & Hip Hop Miami.” While the album didn’t work out, the two are jumping into a new show. On January 6, the same day of the season three premiere, they are launching “The Trick N’ Trina Morning Show.”

More in Hip Hop News
Lira Galore checks a fan who brings up her five abortions, when she said she wants another baby, asking “So?,” after they mentioned it
After Being Arrested in Miami For Battery Charge Involving Robbing Promoter Who Didn’t Pay Him Full $30,000 For Concert, DaBaby Now Has Warrant in Dallas For Attacking Airport Employee and Is Being Held Without Bond