Home » Hip Hop News » Trick Daddy turns up to “Nann N*gga,” during live performance, and he begins grinding on the thin air [VIDEO] 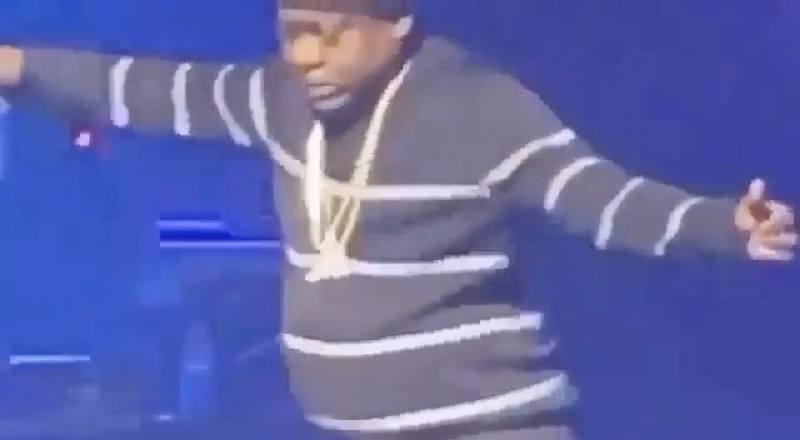 What the world has come to realize is that Trick Daddy is a character in this world. The Miami rapper has come a long way, over the course of the past thirty years. He went from running around with Uncle Luke to surpassing his levels of mainstream stardom.

Trick Daddy is considered a legend by most, but his illness prevented him from having continued success. In Miami, though, they celebrate him for the legend that he is. Every Monday, Trick Daddy appears on “Love & Hip Hop Miami,” and he brings it.

During Super Bowl weekend, in Miami, Trick Daddy was on stage, and he brought it. He was turning up to “Nann N*gga,” the song that put both him and Trina on the map. While he was turning up, Trick Daddy started grinding and dry humping, instantly going viral.

More in Hip Hop News
R. Kelly’s Ex-GF, Azriel Clary, Now Working With Feds Regarding Kelly’s Sex Charges After Originally Being Worried About NDA She Signed
Tekashi 6ix9ine Wants to Leave Home Town of Brooklyn After Release From Prison This Year; Planning To Add “Fort Knox-Like Security” Around Him After Former Bodyguards Said No Amount of Money Can Get Them To Protect Him