Home » Hip Hop News » Trick Daddy was released from jail, hours after his arrest, and was back on the scene shooting a music video #LHHMIA [VIDEO] 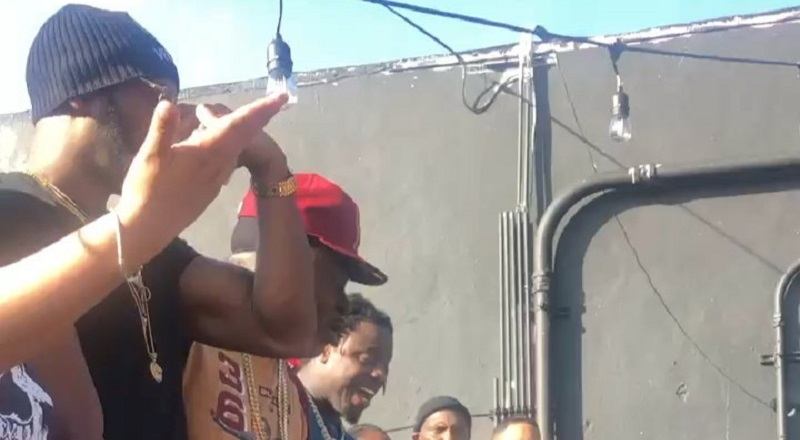 Yesterday, Trick Daddy had one of 2020’s first viral moments, when he got arrested. It was the mugshot that really had Twitter outdone, turning him into all kinds of memes and jokes. But, Trick Daddy is the one who returned Miami to hip hop prominence.

Currently, Trick Daddy is starring on “Love & Hip Hop Miami,” alongside his forever co-pilot, Trina. The two also have a morning show, which is on 99 Jamz. This season is seeing them launch that and showing more of Trick Daddy working on his restaurant.

Definitely, the arrest was not the best publicity, but it has shed light on the work Trick Daddy is putting in. Just hours after Trick Daddy’s arrest, he was back on the scene, filming a music video. He was there alongside Khaotic, his “Love & Hip Hop Miami” co-star.

More in Hip Hop News
Ari Lennox Wasn’t Feeling a Fan on Instagram Live Who Thought She Was Ari Fletcher By Asking if She’s Dating Moneybagg Yo – “Hell Nooooo. Never F*cking Play With Me Like That Again” [VIDEO]
Texans Shock The World Scoring Second Touchdown To Lead Kansas City Chiefs 21-0 In The First Quarter #HOUvsKC #Texans