Home » Hip Hop News » Trina makes cameo on “The Real Housewives of Potomac” to work on her song with Candiace, and she tells her she has potential as an artist 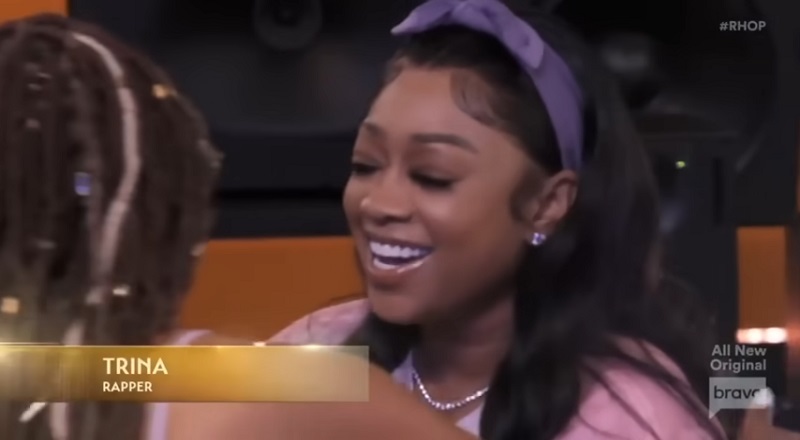 Trina is a legend in the rap game and was one of the first successful female rappers from the South. To be clear, she was not the actual first, but she helped open the door. As a result, there are many female rappers from the South who are dominating. Over the past five years, Trina has made more of an impact as a reality TV star, and she was in that role last night. Instead of her usual “Love & Hip Hop Miami,” Trina was on “The Real Housewives of Potomac,” as Candiace’s guest.

Trina has allowed the world to see the good, the bad, and the ugly. However, watching “Love & Hip Hop Miami” may sometimes give people the wrong idea about her. Often, she is shown on the show to be arguing, fighting, and complaining. The difference between Trina and most is that she is fighting for her legacy on every episode. In addition, she is working to put her friends and family into a position to have their own.

Trina showed up on “The Real Housewives of Potomac,” last night. Recently, Candiace launched her music career, so she has some songs out. According to her Apple Music, “Drive Back” is Candiace’s most popular single. However, her single with Trina, “Insecure,” should soon eclipse that. During the recording session, Trina was there with Candiace. The ladies had a moment, which is atypical on reality TV. In the studio, Trina complimented Candiace, as an artist, and said her future is bright.