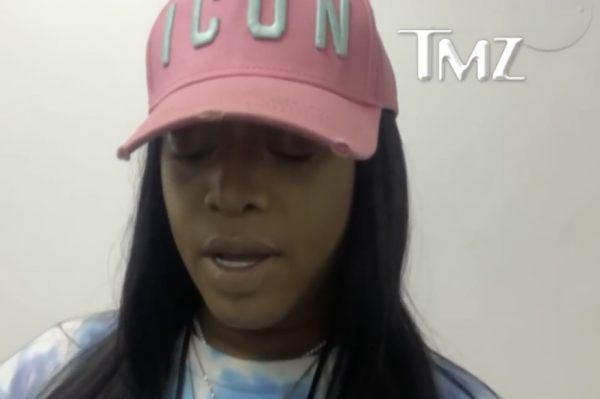 In case you didn’t know, Trina is NOT the one to play with!

Recently, TMZ released video footage of a very angry Trina cursing a white woman out for allegedly calling the rapper a “n*gger b*tch.” Trina is now speaking out about what caused the incident.

She claims that the woman was actually crying in the store and she offered her help. When the woman looked up, Trina said she looked very demonic and she told Trina, “get away from me you n*gger b*tch.” Trina, and other customers who were nearby, were in disbelief. As Trina began to walk towards the register, she saw the woman again. Trina’s friend went up to the woman and told her that she needed to apologize to Trina for what she said. That’s when Trina told the woman that she would whoop her a** if she called her that again.

People are getting a little too bold these days with their blatant racism. Don’t let your ignorance get you knocked out.

More in Articles
Brother Nature Reveals That He Has Contracted Malaria [PHOTOS]
Kim Zolciak is three months pregnant? Video leaks of Kim with her daughters and it sounds like someone said “she’s pregnant three months” #RHOA [VIDEO]