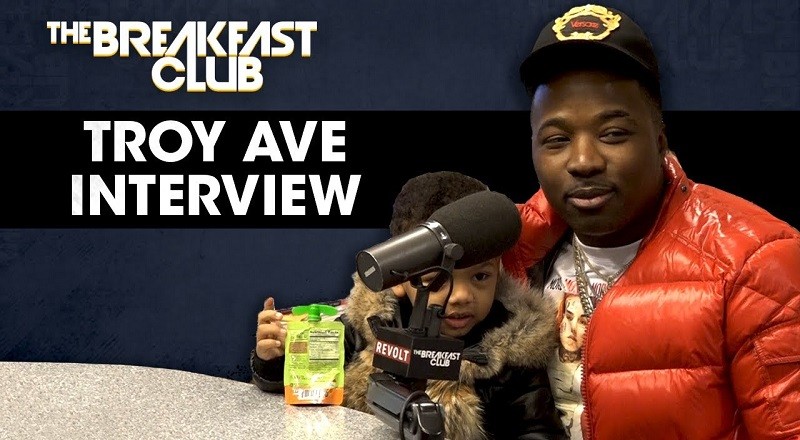 Five years ago, Troy Ave took the momentum, and looked like he would be the one to put NYC back on the map. Despite the full momentum, things slowed down for him. Now, years later, he looks as if he may have lost his position.

Ask Troy Ave, though, and he’ll tell a different story. As a 100% independent artist, Troy Ave said people who clown him for his low record sales overlook how he “has more money than your favorite rapper.” Ultimately, that matters much more than simple clout.

Troy Ave returned to “The Breakfast Club,” this morning, where he spoke with DJ Envy, Angela Yee, and Charlamagne Tha God. The conversation took on the streets, where Troy Ave broke it down. Back in the lab, he spoke on his new album, More Money, More Problems, being a father, and more.

More in Hip Hop News
J.I.D ft. J. Cole – “Off Deez” [VIDEO]
Meek Mill Says He Might Drop Another Album Before 2018 Is Over; Wants To Also Do A Collab Mixtape With Nipsey Hussle [PHOTO] #AskMeek