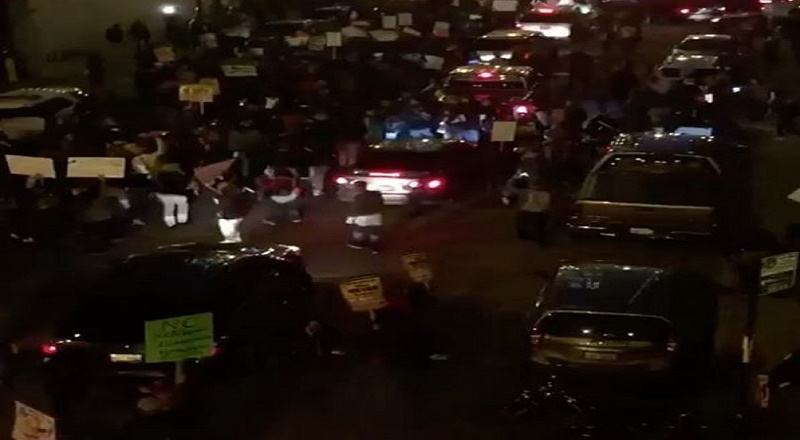 Given the nature of this current presidential election, the outcome was going to be controversial, regardless of the winner. A very close race in longtime Democratic state, Pennsylvania, gave Donald Trump the electoral win. The majority of voters went to Hillary Clinton, however.

During the final days of the campaign, Hillary Clinton visited Ohio and North Carolina. There, she appeared with Jay Z, Beyonce, Michelle Obama, and more. She even was present for Jay Z’s concert with J. Cole, Big Sean, and Chance The Rapper.

In the end, Hillary Clinton came up a little short in Wisconsin and Pennsylvania, as wins there would have her celebrating. Supporters of Clinton, or, rather, people against Trump, have taken over the Chicago streets in protest. A video surfaced, this evening, of the protest and the Trump Tower protest is trending on Twitter, as Oakland is also protesting.

Watch clips from protests in Chicago, Portland, Los Angeles, and other cities below:

Read the #TrumpProtest tweets below: