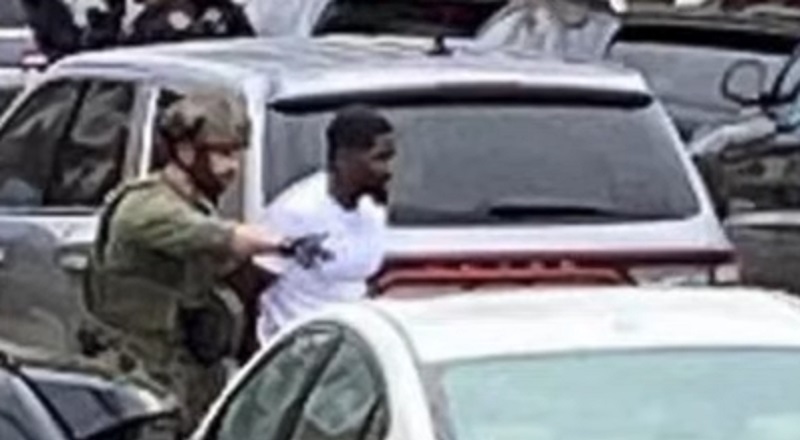 Tsu Surf has made himself into a battle rap legend. In 2014, he spoke with Hip-HopVibe.com about how he got big in the game. This afternoon, Tsu Surf ended up getting arrested. Through the year of 2022, several rappers have been arrested on RICO. Today, Tsu Surf was added to the list.

Tsu Surf is a native of New Jersey and he helped lay the groundwork for the Garden State’s 2014 dominance in hip hop. As a result, he is often credited as a legend. First of all, Tsu Surf made his name as a battle rapper. Second, he built relationships with other major rappers. Third, Tsu Surf began making inroads into making regular music. With that being said, Tsu Surf made people think with his “House In Virginia” series. In turn, he had much anticipation for his regular music.

Tsu Surf found himself on the wrong side of the law, today. By all means, Tsu Surf is respected in the rap game. However, several rappers have found themselves the target of RICO cases. With that being said, Tsu Surf became the latest rapper to be. As a result, Tsu Surf was placed under arrest. Basically, Tsu Surf also faces RICO charges. In this situation, he has a federal DEA RICO charge. To clarify, Tsu Surf faces many years in prison. Currently, he is being held at Wessex County Jail.

Continue Reading
You may also like...
Related Topics:featured, house in virginia, tsu surf