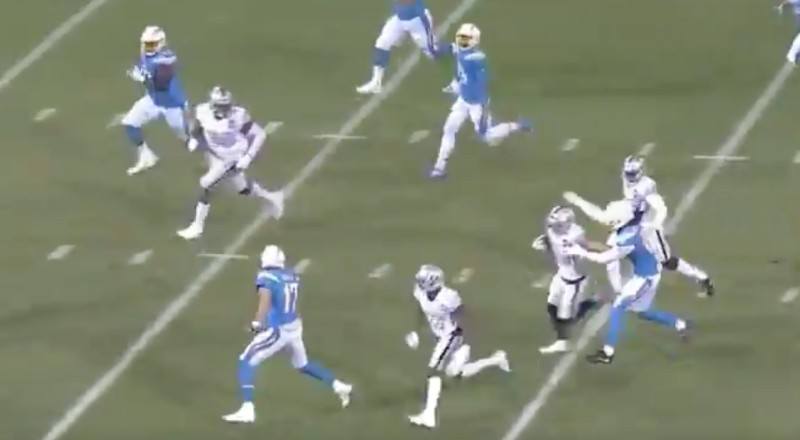 It’s Thursday Night Football and we have two California teams duking it out. It’s the Los Angeles Chargers versus the Oakland Raiders. Being completely honest, it’s been a slow game so far. However with two divisional opponents, who are both mid-range talents, there’s bound to be some great online chatter and commentary. One of the main stories of this game involves Chargers quarterback Philip Rivers not having the most productive night. Twitter has been roasting him for his underwhelming throwing performance. In the first half alone Rivers threw two interceptions to Oakland’s Erik Harris. In addition to these two bad plays Rivers has been looking like a guy 5 years past football retirement. Check out what fans are saying.

Rivers might want to stop throwing near Erik Harris.

Philip Rivers, to the pocket as it collapses all around him: pic.twitter.com/Md1p2LibYf

More in Articles
Jayda twerks on Lil Baby in the club and Twitter goes in on that, because Baby looks bored the entire time, causing her to clap back, saying he was chill, because it was just the club, not the bedroom [VIDEO]
Chargers Re-Take Lead With Rivers’ Touchdown Pass To Austin Ekeler #LACvsOAK #BoltUp #RaiderNation #TNFonFOX