Home » Hip Hop News » Twitter Goes Wild After 42 Dugg Said “I Was Out Here Sucking D*ck, I Was Tryna Pay The Rent” in Lyric From Preview of Song [VIDEO] 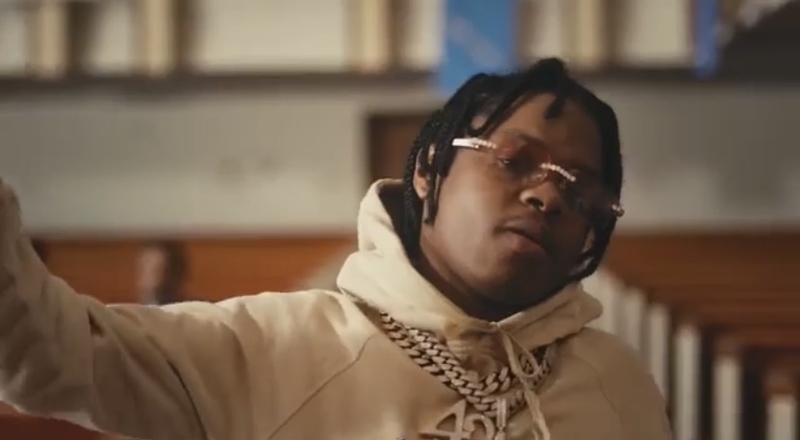 42 Dugg has been one of the biggest rappers to break out this year out of Detroit as fans know him most for appearing on Lil Baby’s hit single, “We Paid” as he is also signed to Baby’s 4PF record label. Dugg previewed some new music today and one lyric caught eveyone’s attention and it has Twitter going crazy.

Dugg said in this song that “I was out here sucking d*ck, I was tryna pay the rent.” This immediately threw everyone off and was surprised to think that Dugg may be gay or bisexual. There is nothing wrong with either of those but social media never had this impression of him. Nonetheless, it’s good that we’re starting to see more rappers be open with their identity.

This comes after Dugg released his latest project, ‘Young & Turnt 2,’ in June. This contained 23 tracks with appearances by Lil Baby, Moneybagg Yo, Dej Loaf, Yo Gotti, and more. Check out Dugg previewing this song below along with Twitter reactions.

Continue Reading
You may also like...
Related Topics:42 dugg

More in Hip Hop News
Liife ft. Mozzy – “Traumatized” [VIDEO]
42 Dugg Denies Saying “I Was Out Here Sucking D*ck, I Was Tryna Pay The Rent” in Unreleased Song – “Y’all N*ggas Stop Playing With Me Tryna Get Y’all Followers Up” [VIDEO]