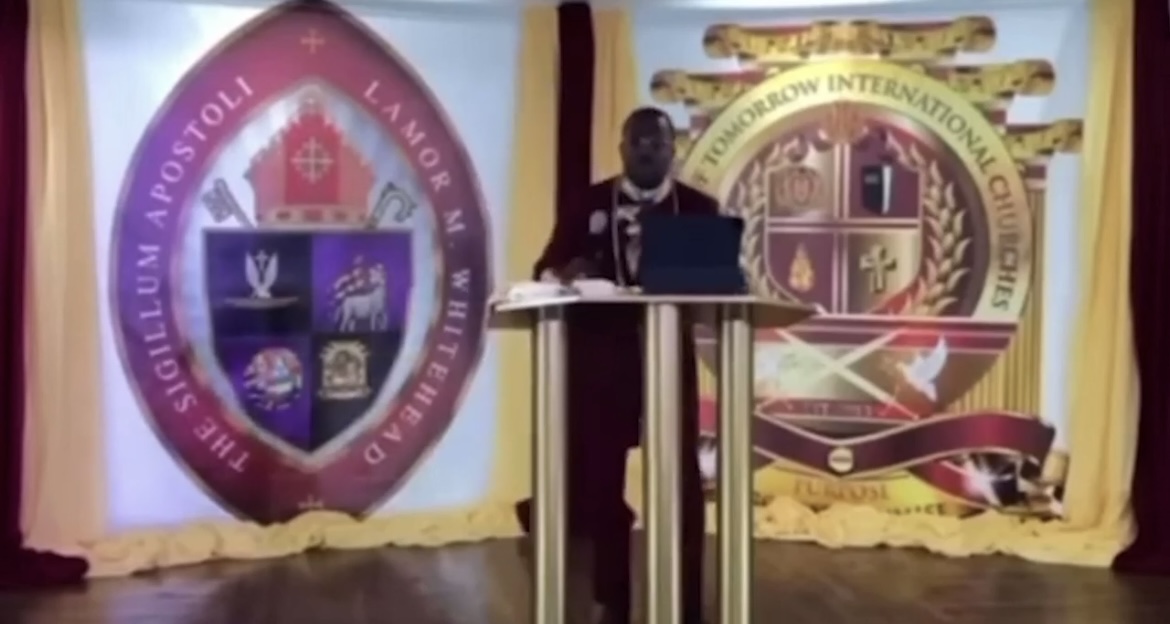 On July 24, footage went viral of Brooklyn Bishop Lamor Whitehead being robbed with guns drawn, during one of his live streamed services. Whitehead reportedly had over $400,000 worth of jewelry on, as he’s frequently known to show this off, as well as designer clothes, on Instagram.

Now, two arrests have been made, from this robbery. According to TMZ, these are two Brooklyn natives, Juwan Anderson and Say-Quan Pollack. They’re both being charged with armed robbery, as confirmed by Breon Peace, the U.S. Attorney for the Eastern District of New York. A third suspect is still on the run.

“As alleged, the defendants brought guns into a place of worship, stealing from two members of the clergy, and terrifying the congregation in the process. To commit such an act during a religious service is incomprehensible.”

Whitehead also went on to release a statement to TMZ. He says that Tuesday was officially the start of healing, and that he will let the justice system work and he will do what God has called him to do.

Whitehead also recently went viral this month, for having his hands around a woman’s neck, at one of his services. He later went on to claim that he was attempting to defend his wife, from being charged at.

A Bishop at a Brooklyn church robbed in the middle of the sermon. The thieves made out with $400K worth of jewelry pic.twitter.com/ji7u7QXxIX

More in Hip Hop News
Kodak Black pays rent of 28 South Florida families in West Palm Beach for rest of the year, and helps to avoid evictions
Akbar V gets in the studio and hints at Cardi B diss track