Home » Hip Hop News » Ty Lue goes viral for telling Sam Cassell “don’t grab my suit like that, n*gga,” after he, laughing, tries to get his attention to tell him what Kawhi Leonard said [VIDEO] 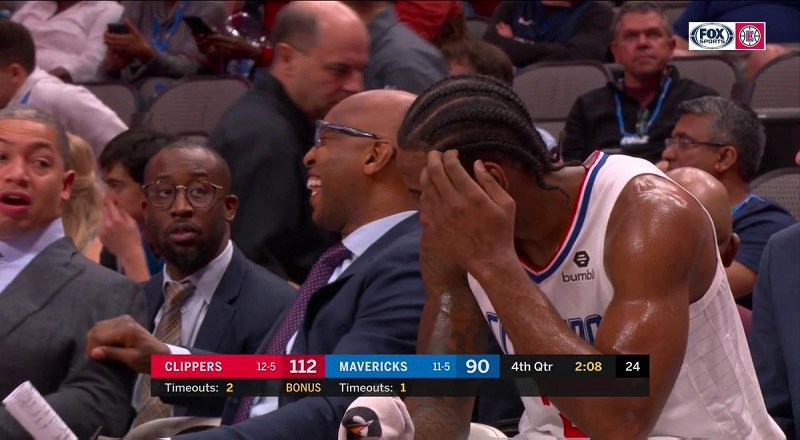 Last night, the Los Angeles Clippers beat the Dallas Mavericks, as they continue to be a dominant team. However, because of how much better the Lakers are playing, they are back to being the second team. But, they still do have Kawhi Leonard leading them.

In 2019, Kawhi Leonard played for the first time, in two years, and proved he was the NBA’s best player. That comes with an asterisk, though, as LeBron James missed the playoffs. Now, fans are looking forward to that face-off.

As the Clippers were rolling over the Mavericks, Sam Cassell, one of the assistant coaches, got a laugh off something Kawhi said. The two-time NBA champion tried to bring Tyronn Lue in, for the joke, grabbing him, but Ty Lue wasn’t with it. Though he eventually asked what was so funny, he went viral telling Sam to not grab his suit like that, dropping the N-bomb, for good measure.

Watch the entire video clip and read the tweets below: