Home » Hip Hop News » Tyga is rumored to be engaged, after Camaryn Swanson, his girlfriend, is spotted wearing a diamond ring 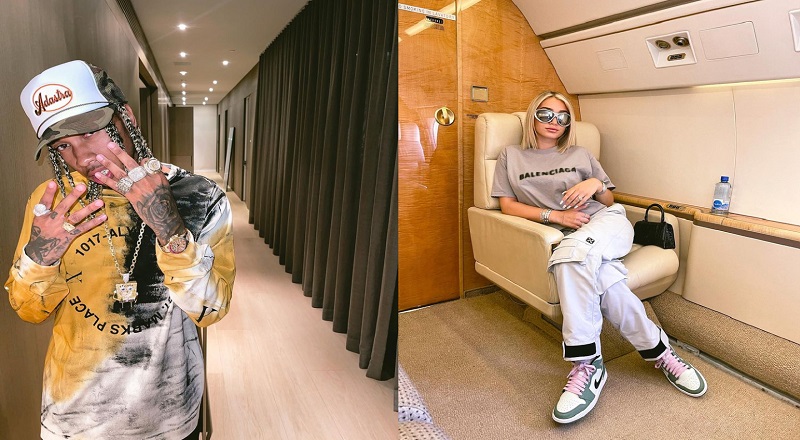 Just as much as he’s known for music, Tyga is known for the women in his life. The world knows Tyga best for dating Kylie Jenner, but Camaryn Swanson is his current girlfriend. In the eyes of the public, Tyga and Camaryn Swanson are engaged, after she was spotted wearing a diamond ring.

Tyga, over the years, has shown signs he could be one of the biggest names in rap. The LA rapper has countless hits under his belt. In 2018, Tyga surprised the world, when he delivered “Taste,” the biggest hit of his career, after most wrote him off.

The years since, Tyga has continued making strong moves, with both music and business. Aside from this, Tyga has been dating Camaryn Swanson. Recently, rumors of the two being engaged have sparked, as Camaryn Swanson was spotted with a diamond ring, which many have assumed is an engagement ring.

More in Hip Hop News
Safaree Reportedly Still Wants To Be Present When Erica Mena Gives Birth To Their Second Child, as They Are Going Through Divorce
50 Cent Clowns James Harden, For Allegedly Paying $100,000 to Saweetie on Cash App, For A Date