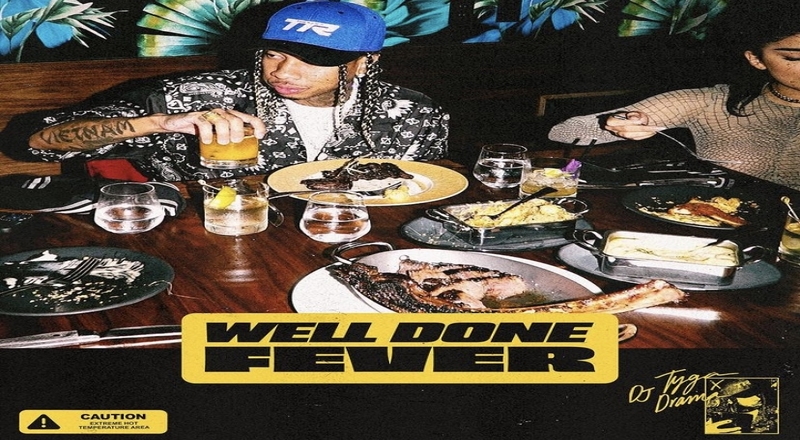 Tyga has been off the radar as far as releasing projects goes as his last one was his ‘Legendary‘ album back in June 2019. Last month, he was part of the “Krabby Step” song with Swae Lee and Lil Mosey though from the “Sponge On The Run” movie soundtrack.

The Compton rapper will now be releasing his ‘Well Done Fever‘ mixtape on Christmas which will be hosted by DJ Drama. Here, he will be remixing some of hip-hop’s latest hit records. Among them are Pop Smoke’s “For The Night” and Lil Baby’s “We Paid.”

Other notable records included are DaBaby’s “Bop” and Jack Harlow’s “Tyler Herro.” The only feature on Well Done Fever is from DJ Chose on “Let Me Find Out.” Tyga has been grinding heavily since being released by Birdman from Young Money in 2014 as he’s released four albums and almost four mixtapes since then.

Check out the full tracklist for Tyga’s ‘Well Done Fever’ below.

More in Album Preview
21 Savage and His Leading By Example Foundation Gave Over 30 Children Gifts at YMCA in Georgia
Journee crosses 2 million streams, in first week, with “It’s Not You It’s Me” EP, her debut project