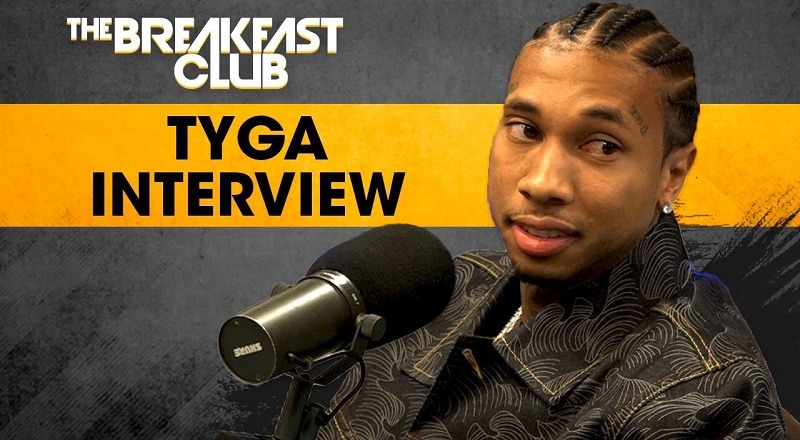 Yesterday, Tyga finally broke his silence and the whole world was here for it. The Los Angeles rapper is one of the most-scrutinized celebrities in the industry. Even before the Kylie Jenner relationship made him mainstream known, Tyga faced backlash in the rap world.

Though he was associated with Chris Brown, Tyga was blamed for the continued “ruination” of hip hop music. Still, his “Rack City” single became a big record. Soon, Tyga would become more known for his personal relationship than for his music.

Tyga dealt with crazy questions from Charlamagne, the same question from him, when he visited “The Breakfast Club.” Also talking to DJ Envy and Angela Yee, Tyga talked about Kylie Jenner moving on with Travis Scott. He surprised many, when he admitted he warned Rob about what Blac Chyna would do, but he gave her props as a good person, as he spoke on her, and the fake stories going on about him.