Home » Articles » Tyler Perry gets slammed for not having a writer’s room after revealing that he writes everything on his own; posts video of scripts in an effort to motivate, yet fans point out that’s why his shows suffer and are always the same [VIDEO] 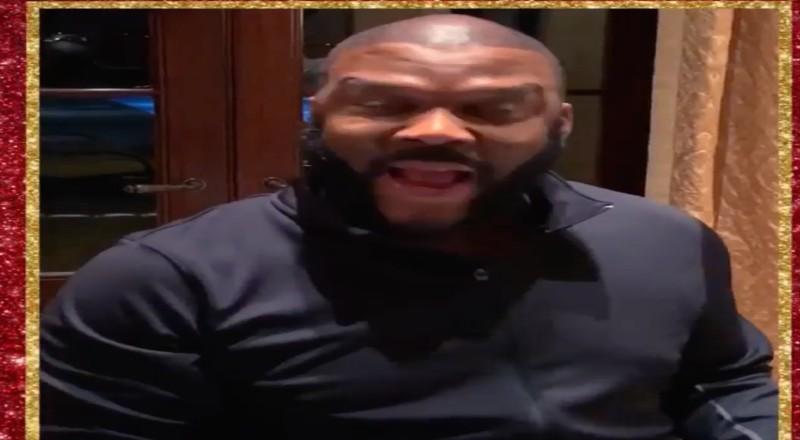 In 2019 Tyler Perry made history by building and outright owning the largest production studio. It was a great achievement which brought out all of the best and brightest in the black entertainment world. Along with his new Netflix deal and slew of BET+ shows, Terry Perry’s 2019 has solidified him as an icon. Coming into 2020, it appears that Perry isn’t showing any signs of letting up. In an effort to motivate people on the importance of having work ethic, the Madea actor shared a video showing all of the scripts for his various upcoming movies and tv-shows. In it he revealed that he wrote all the scripts, further claiming that he writes all of his content and never has a writer’s room.

While some saluted Perry for his grind and work ethic, others showed disappointed. Fans on social media called him out for not using his wealth and studio resources to hire and nurture black screenwriters. Many were quick to bring attention to the fact that Perry, having one of the largest blacked-owned studio lots in America, is overlooking the vast amount of black talent in Atlanta alone. They also linked this reveal to the widely held belief amongst fans that all of Tyler Perry’s shows and movies are always the same.

More in Articles
Erica LeShai calls out social media for spreading misinformation about black love, showing statistic that says 88% of black men are married to black women #BlackLove [VIDEO]
Joel Embiid just injured his finger in game against the Thunder and Twitter is shocked at how unusual it looks! [VIDEO]