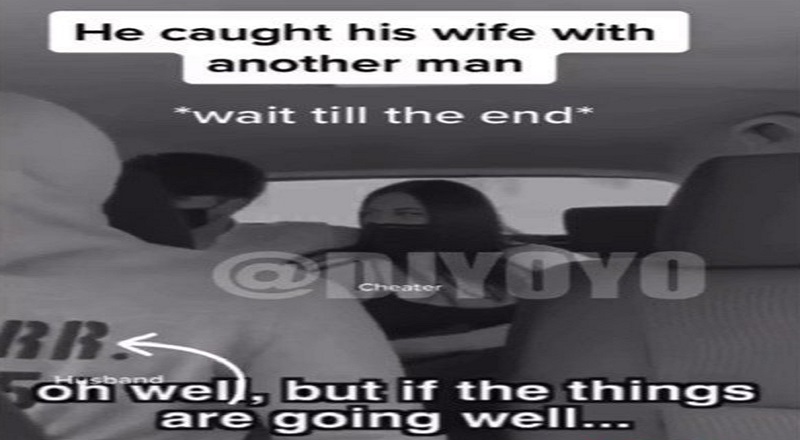 Uber driver inadvertently picks up his wife and her side boyfriend

Relationships are tough, by themselves. Just two people trying to live one life is hard enough. So, when a partner decides they want to deal with a third party, it becomes much bigger than messy. In the current era, many people are trying different kinds of open relationships, where the partners actually see other people.

However, despite how the media portrays, the majority of people are still in traditional relationships. If this wasn’t the case, TV shows such as “Cheaters” and “Caught In The Act: Unfaithful” would not exist. How one man found out his wife was cheating on him is something that should be used for one of those TV shows, if not turned into its own special.

A man was out driving for Uber, which allowed his wife the chance to link with her other man. Apparently, the wife and her boyfriend were out on a date. When they got into their Uber, the driver began casually asking them questions about their relationship. As a result, the wife detailed exactly how she and her boyfriend got together. In addition, the wife even pointed out she was driving the family vehicle. When the husband had enough, he questioned the woman about how he knew so much about her. This led to him kicking the other man out and going off on his wife for hurting him.

Uber driver inadvertently picks up his wife and her side boyfriend

This man was driving for Uber and he picked up his wife with her side piece. Wait until the end 😳 pic.twitter.com/4yg83M5sZG

More in Hip Hop News
J. Cole, Kevin Durant and Popcaan ride jet skis with Drake, in Turks and Caicos [VIDEO]
Kanye West claims that Gap held meeting without him, after fans recently said Yeezy Gap items are being sold out of trash bags, at stores