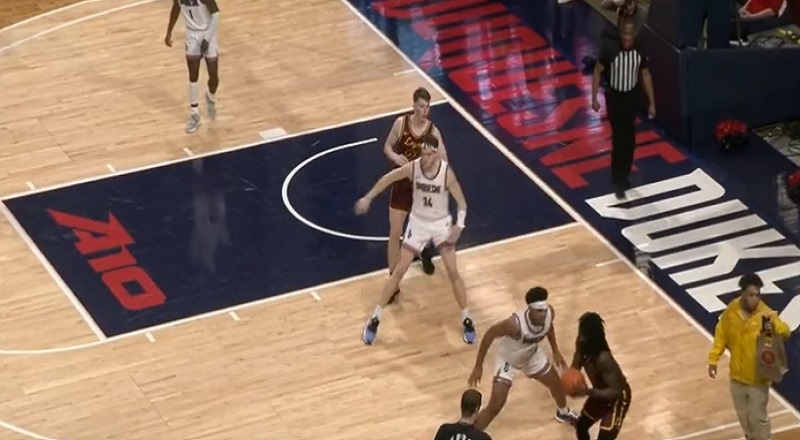 Tonight, ESPN viewers were treated to true entertainment. While they tuned in to watch the college basketball match between Loyola and Duquesne, they got much more. The biggest highlight of the game happened when a man walked in the court holding a McDonald’s meal. Jokingly, people said he was an Uber Eats delivery guy. However, it turns out, he really was and he was there to deliver food.

During these past few years, people have done some of the wildest things. There were a lot of people who did things for the sake of going viral. However, there are others who were so dense, in the moment, that they managed to reach viral numbers. In the case of this food delivery guy, he probably falls into the second category.

While Loyola and Duquense were starting their game, it was interrupted. The commentators, during the ESPN broadcast, were confused about what was happening. As a result, they began making jokes about the person interrupting the game being an Uber Eats delivery guy. However, it turns out he really was. A look at the video shows he brought McDonalds to the referee, who told the man, “not right now.”

The commentary is excellent hahaha pic.twitter.com/p01wRgGIRP