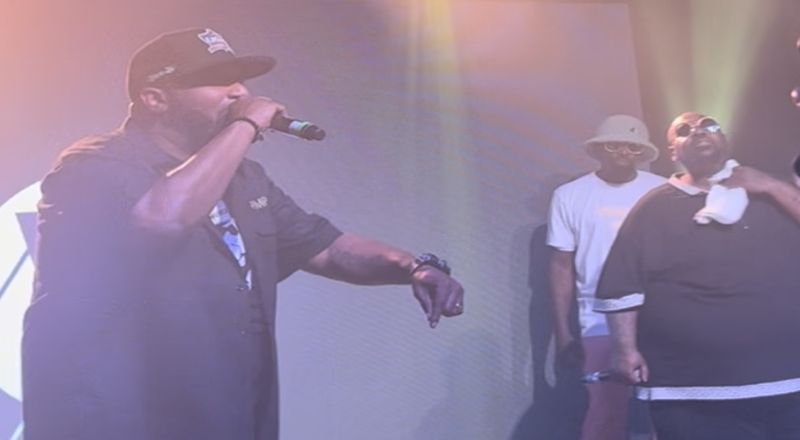 Thursday night featured another legendary hit-for-hit battle, by Verzuz. Two southern hip-hop legends got together, in UGK and 8Ball & MJG. The late Pimp C was celebrated, as Bun B held it down for him. This Verzuz was hosted by DJ Greg Street, who is one of the most legendary DJs to come out of Atlanta. This Verzuz was streamed on all of the platform’s social media feeds, as well as Triller, as Hip-HopVibe was also in attendance.

Bun B and 8Ball & MJG traded some of their classic hits, all while giving each other props on the legacy that they’ve each built. Legendary guest performers were also brought out, such as Big Boi, Twista, and Young Dro.

UGK and 8Ball and MJG established their success in the south, throughout the 1990s and 2000s. Pimp C unfortunately passed away back in December 2007, but UGK’s legacy was already established. Bun B is also still seeing plenty of solo success, to this day. 8Ball & MJG were signed to Diddy’s Bad Boy Records at one point, but also still saw success, even after leaving the iconic label.

Check out clips of the UGK vs 8Ball and MJG Verzuz in Atlanta, below.