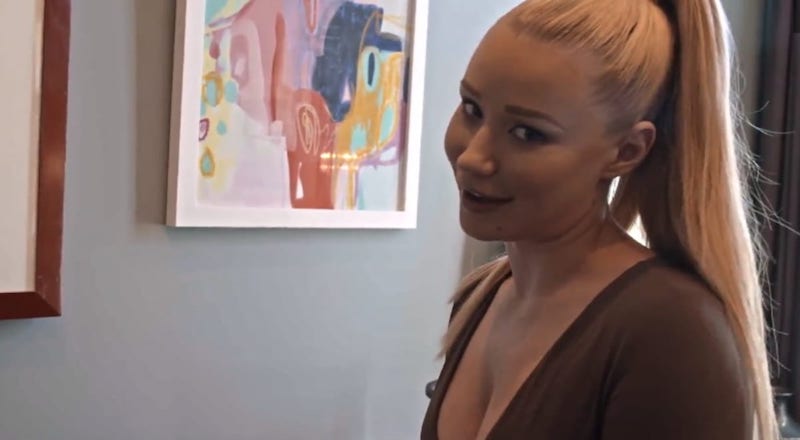 It’s safe to say that 2018 has been a rough year for NBA player, Nick Young. Following his break up with ex-fiance, Iggy Azalea, it seems as though he can’t get back on track. For a while, Nick was searching for a new employment before the Denver Nuggets decided to take a chance on the free agent. Shortly after, Mr. Swaggy P was released from the Nugget’s roster and is now searching for a new employer again. The NBA superstar has been clowned and trolled on and off the court for his childish tactics and now it looks as though his petty ways are catching up to him.

Things for Nick and Iggy didn’t end well at all between the two. Not only did he propose to her while he was cheating on her, the alleged mistress ended up getting pregnant by the professional baller! Iggy has previously spilled a lot of tea on her ex, but there seems to be more! Although Iggy is currently in a very happy relationship with fellow rapper Play Boi Carti, for whom she just bought a new luxurious whip for on Christmas, there is still some things she needs to get off her chest.  The Australian rapper is starring in a new Netflix series titled, “Droppin’ Cash” where she talks about one of her final gifts from Nick just weeks before they split. She goes on to say that the parting gift, a book, was very useful to her while she bounced back from a heartbreak. During her televised appearance, Iggy goes on to say:

“I got this book off my ex-boyfriend, Nick Young. He gave it to me like two weeks before I found out he was having a baby with someone else. And ironically, it’s called ‘You Can Find Inner Peace.’ Thanks Nick! What a good gift.”

Even though things ended badly between them, it appears that something good came out of the break up. Maybe in the New Year, Iggy can return the favor with a gift that could possibly help Nick get through his current rough patch.

Continue Reading
You may also like...
Related Topics:IggyAzalea, netflix, NickYoung

More in Hip Hop News
Ladies Go Cop Your Outfits From Citi Trends Because The Millennium Tour Dates Are Out!
Boosie reveals his Huntsville show ended with a shootout in front of the club, before it even started, and calls it “the wild wild west” [VIDEO]