Home » Hip Hop News » Usher gets credited by Twitter for being the bright side to a tragic day, with his Prince tribute, with FKA Twigs, at the #GRAMMYs, as the world mourns Kobe Bryant 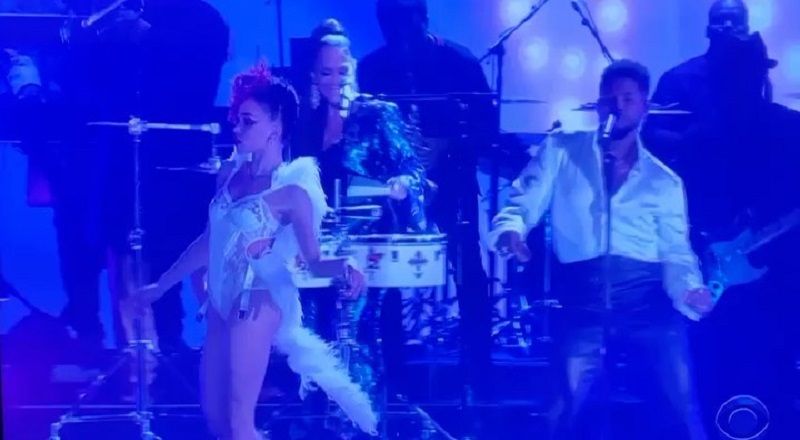 Tonight, the world is in mourning, with the loss of Kobe Bryant, and his daughter, Gianna, who died in a helicopter crash, this morning. This entire week, people have anticipated the Grammys. As planned, the show went on, and Usher put on a show.

Hearts are heavy, with the Grammys taking place at Staples’ Center, in Los Angeles, where Kobe Bryant played for the Lakers, bringing five championship banners to the arena. The news of his death led to fans flooding the area. Requests for them to leave were ignored.

The Grammys already had a Prince tribute planned, but the show also had a tribute added for Kobe Bryant. Usher and FKA Twigs, definitely with hearts heavy, put on a memorable show. Fans on Twitter have shown them love and appreciation for making them smile on one of entertainment’s worst days ever.

Read the tweets about Usher and FKA Twigs below:

More in Hip Hop News
Lizzo wins the hearts of fans after wishing Beyonce would win Best Pop Solo Performance grammy before her name was called
Was that Flavor Flav? Yes, it was Flavor Flav that people just saw at the #GRAMMYs, rocking out to Aerosmith and Run-DMC; Twitter says that was the energy they needed, waiting for the memes, of his cameo