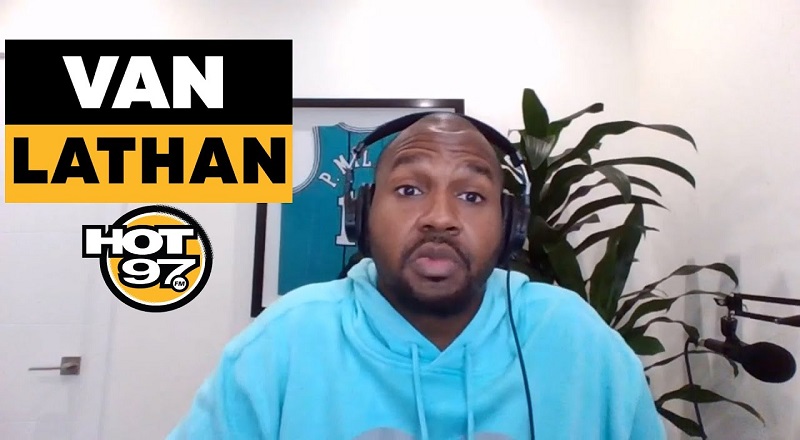 Two years ago, Kanye West took over the internet, when he walked into the TMZ studio. When he walked in, Kanye West gave an impromptu interview, where he said “slavery was a choice.” This sparked immediate backlash from Van Lathan, a well-known TMZ personality.

Van Lathan was already well-known for being on TMZ’s television show, for the past few years, at the time. However, after Van Lathan called out the comments Kanye West made, he gained 140,000 Instagram followers. This was the opening for his eventual TMZ exit.

Recently, Van Lathan called into Hot 97, speaking with Ebro and Peter Rosenberg. Currently, Van Lathan has his own podcast, but the interview began with him discussing his TMZ years, and the Kanye West interview. He spoke on those situations, the Donald Trump interview, and more.