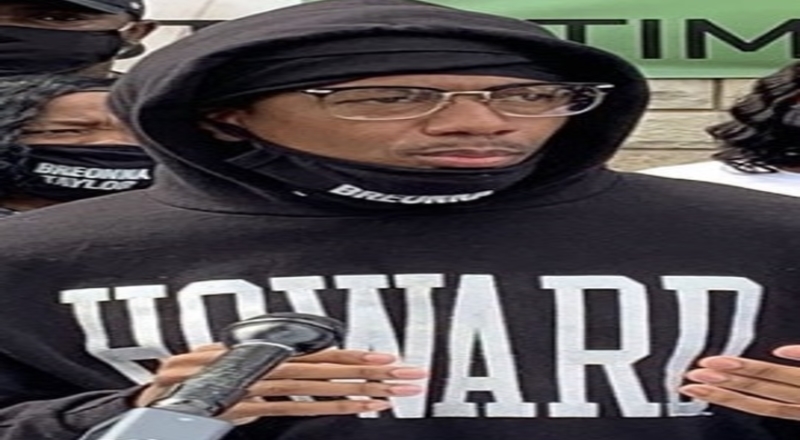 Last month, Nick Cannon was fired by ViacomCBS for making anti-Semitic comments on his ‘Cannon’s Class‘ podcast. Since then, social media has been rallying behind Cannon as he was the host of ‘Wild ‘n Out’ for over a decade.

Now, ViacomCBS is open to repairing their relationship with him following Cannon’s apologies and working to have a better relationship with the Jewish community. Chris McCarthy, president of entertainment and youth brands at ViacomCBS, spoke at a town hall meeting on Monday as he praised Cannon’s efforts to bounce back from his comments and is “hopeful” that Viacom and Cannon can rebuild their relationship, according to Variety. As of right now though, there are no plans to continue doing business together.

“I struggle with the fact that Nick, a longtime partner and friend of ours, is on this journey and we’re not part of that journey. “I am hopeful we find a way to bring these two things together and hopefully we will have the opportunity to do that with Nick again.”

Cannon’s original comments took place on a June 30 podcast that was originally recorded in 2019. He said that Black people are the “True Hebrews” and anti-Semitic conspiracy theories came up regarding “Zionists” and the Rothschild family.

“It’s never hate speech, you can’t be anti-Semitic when we are the Semitic people,” Cannon said. “When we are the same people who they want to be. That’s our birthright. We are the true Hebrews.”

Among the moves Cannon has done to connect with the Jewish community are having Rabbi Abraham Cooper of the Simon Wiesenthal Center on his podcast and appeared in a video call with the American Jewish Committee and  Rabbi Noam E. Marans.

Continue Reading
You may also like...
Related Topics:nick cannon, viacom