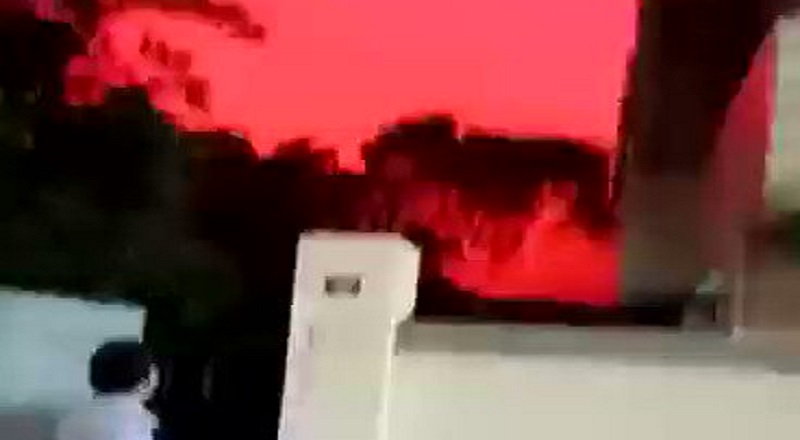 In the United States, China is a nation that seems to always be discussed. The two nations are rivals in sports, technology, and education, among other things. One of the main reasons the United States landed a man on the moon was because they believed China would send a man first. Despite the rivalry and even threats of war, there is a large Chinese-American population. Within the world of hip hop, MC Jin is a well-known Chinese-American rapper, who spoke to Hip-HopVibe.com in 2014.

While Chongqing is the world’s largest city, China was the most discussed nation on social media. This morning, a video from last night went viral on Twitter. The video showed the Chinese sky with a weird red coloring. Actually, the sky’s color could actually be compared to the reddish color that is more commonly associated with blood. Exactly why the sky looked this way is unknown, but the video became widespread on social media.