Home » Articles » Wack 100 Puts PSA Out on Social Media Offering $100,000 to Anyone Who Has Footage Of Nipsey Hussle’s Bodyguard, J-Roc, Knocking Him Out; Also Says J-Roc Was He One Who Ran Away [PHOTO-VIDEO] 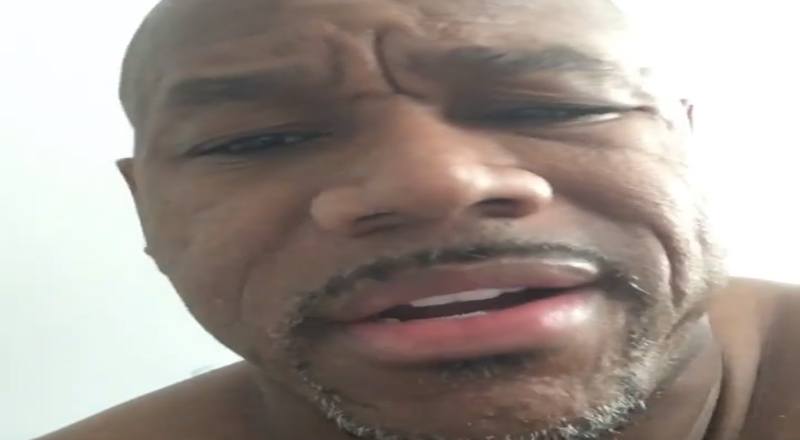 Last night, it was rumored that The Game and Blueface’s manager, Wack 100, was knocked out by Nipsey Hussle’s bodyguard, J-Roc, at Rolling Loud. This took place in Los Angeles which has become an annual festival for RL now. J-Roc did step to Wack but nobody has seen him getting knocked out. Many believe this altercation happened though due to Wack saying that Nipsey isn’t a legend.

Wack posted a video today saying that J-Roc was a dude who’s 300 pounds who swung a punch but then ran away. He added that he couldn’t do anything and is a b*tch ass n*gga. He wants people to stop contacting him asking if he’s okay because nothing happened.

Wack made a post on Instagram after this video saying that he has $100,000 for anybody that can show footage of his body touching the ground last night. He put it on Piru that he’ll run the money today if anybody can show that.

To clarify Wack’s Nipsey legend comments though, he said that Nipsey wasn’t a legend when he passed but could’ve been if he lived longer. That’s a valid statement but he was definitely a California legend. Check out Wack speak at the incident with J-Roc at Rolling Loud along with the $100k announcement below.

More in Articles
Jonathan tells Yandy that Chrissy is back in town (FULL VIDEO) #LHHNY [VIDEO]
Chrissy made her return to #LHHNY, tonight, and fans said she looks pretty, but they want to know what’s up with this butterfly tattoo on her chest, calling it a “titty tattoo,” questioning why she put it on her breasts, saying it ruined her tits